The Latest ‘Inhumans’ Trailer Finally Starts Picking Up The Action 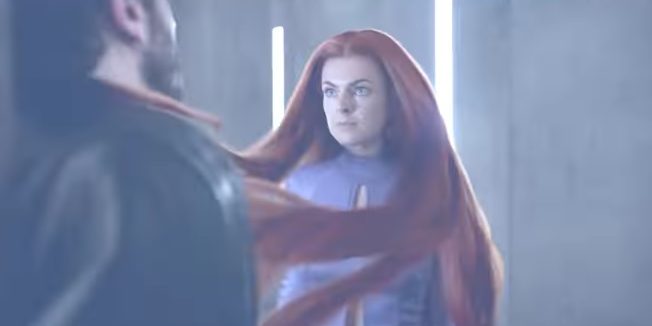 Inhumans, the latest Marvel TV show, is debuting on IMAX on September 1, before moving to ABC starting September 29. The latest trailer for the show is dedicated to trying to get people to show up for the big IMAX experience, although it can’t really showcase that in a YouTube video. However, the trailer also gives us another glimpse of the show and the action we can expect once Inhumans makes its debut.

The first look we got at the characters from the show caused trepidation for some, and then the first trailer seemed to downplay the whole “superpowers” nature of it all. We only barely got a look at Lockjaw, the giant teleporting dog, for example. Fortunately, at this point they are finally starting to really bring the action, and the powers, in this trailer.

More mutants and superpowers are on display, and there is plenty of action as well, even if a lot of it is weapon related and not power relayed. There is some of that, though, and we even get a couple looks at Lockjaw. Sure, he still doesn’t look super great, but it’s not terrible. Plus, finally, we get to see Medusa’s hair in action. After all that wait, there was reason to think it might look terrible. That doesn’t seem to be the case.

Inhumans still doesn’t look amazing, but at this point at least it seems like it could have something to offer. Whether or not it’s worth checking out in IMAX, though, is still up in the air.