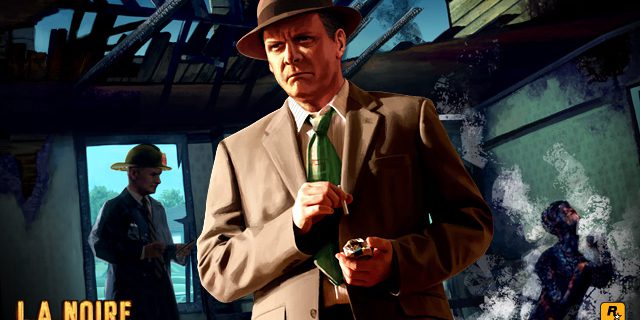 Rockstar Games has announced its detective thriller game L.A. Noire is coming to Nintendo Switch, PlayStation 4, and Xbox One on November 14.

L.A. Noire for PS4 and Xbox One brings the complete original game and DLC with enhanced lighting, new cinematic camera angles, high-resolution textures, and more to the current -gen consoles. You’ll also be able to play in 1080p on the PlayStation 4 and Xbox One consoles, and 4K on PlayStation 4 Pro and Xbox One X.

L.A. Noire for Nintendo Switch will also include the complete original game and DLC, along with improvements specific to Switch. These enhancements will include a Joy-Con mode with gyroscopic, gesture-based controls, HD rumble, new wide and over-the-shoulder camera angles, and contextual touch-screen controls for when you take your Switch portable.

In L.A. Noire, you take on the role of detective Cole Phelps as he investigates a series of cases inspired by real-world events. Each solved case brings Phelps closer to the dark heart of post-war L.A. The original L.A. Noire was released on PlayStation 3, Xbox 360, and PC in 2011.