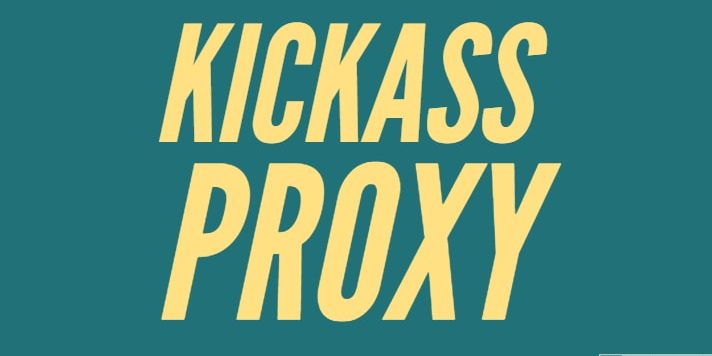 Kickass Torrents have risen again. Despite the constant onslaught of legislative power being thrown at torrent sites, it seems nothing will stop a popular torrent from resurfacing. Shutdown in 2016 for copyright infringement violations it was only a matter of months before the team at KAT (Kickass Torrents) were able to get the site back into the swing of things.

Although many of us may not be as familiar with KAT as we were Pirate Bay but KAT was a significantly busier torrent site and effectively the most popular torrent site around. This was largely due to its ability to gain incredibly early access to high quality (Telecine) movies copies.

Even with KAT being backed again, by its original team, you may still find the site blocked by your ISP (Internet Service Provider). This will be down to the laws and level of enforcement in your country as they aim to comply with globally accepted regulations.

In order to circumnavigate these blocks, users can access KATs’ website through the use of proxy sites. These sites reroute your request through varying alternative websites whilst also simultaneously masking your IP address for added security.

There are 4 main types of proxy, each offering different levels of anonymity:

Transparent proxy: It’ll identify itself as a proxy to your ISP as well as pass through your IP address.

Anonymous proxy: Still identifying itself as a proxy; however, your IP address will now be withheld from the website you’re accessing.

Distorting proxy: An incorrect IP address will be passed through whilst still identifying as a proxy.

High anonymity proxy: This proxy no longer identifies itself and the website you’re accessing will receive a random IP address that isn’t yours.

It’s important to note that whilst using proxies is a perfectly legal act; however, when they are intentionally used to circumvent copyright laws it is considered an unlawful act. It can also be difficult to find a free quality proxy due to the nature of its operation.

We’ve included some proxy sites that were active at the time of writing this article (June 2018):

Accessing KAT With a VPN

VPN’s (Virtual Private Network) effectively create a single point-to-point connection between clients and servers. This added level of privacy is attained through masking or changing your visible IP address; a change in IP address will allow your PC to appear as if you’re in a different country where the content you’re trying to access isn’t blocked or censored in any way.

Free VPN’s are typically more common than free proxy sites and they offer greater practical use as they grant access to numerous sites as opposed to just one. They also add another level of security to your internet activity not received through most proxies.

Once activating a VPN you’ll be able to select a country where KAT isn’t currently banned/blocked and access their content without any issue.

The lowest level of access restriction will be via your firewall settings, these are typically put in place to protect your PC from external threats such as viruses and can effectively block access to high-risk sites. This can simply be altered though your firewall UI.

However, if KAT is completely blocked in your country you’ll still need to utilise either a VPN or a proxy server to gain access to their content.