Joe Rogan is a pioneer when it comes to podcasting. Anyone who has spent enough time on the internet has likely come across one of his podcast clips. With his fame, it’s no wonder that fans are also curious about his family, including his stepdaughter, Kayja Rose. She is a singer with an estimated net worth of $250,000.

Kayja was born on August 23, 1996, in Atlante, Georgia. Her mother is former model Jessica Ditzel, and her biological father is Kevin “Dino” Conner, the lead vocalist of the R&B group H-Town.

After ending her relationship with Kevin Connor, Jessica Ditzel dated and eventually married Joe Rogan. Because of this, Kayja was adopted by the podcast host and lived in his house when she was 12 years old.

In her mother’s new marriage, Rose was also given two half-siblings named Rosy and Lola. Their family tries to keep a low profile and not much is known about her earlier life.

Rose has succeeded in carrying on her biological father’s legacy by pursuing a career in music. She started uploading music onto platforms such SoundCloud and Spotify to get her name out there.

In 2017, she dropped her debut five-track EP titled Tipsy and it earned decent success, which motivated the aspiring artist to release more projects. More recently, she’s been focusing on making singles.

Rose has released five new songs on Spotify, the most recent of which is Breathless Over You. However, Kayja prefers sharing music on SoundCloud, so she is more active there.

The promising musician started sharing short videos of herself singing all the way back in 2013. Then, when she got serious about R&B, she used her social media to promote her projects.

Currently, she has amassed 22,500 followers on Instagram but her account is now private. Her mother features Rose in some of her private pictures and they seem to share a close bond. However, fans speculated that it might not be the same with her stepfather.

That’s because Joe Rogan was involved in a scandal because of a certain word that begins with ‘n’ that he said too frequently. She took a break from social media not long after but has now returned. Kayja Rose remains in good spirits without saying anything about the controversy.

Joe Rogan’s stepdaughter is a zealous singer who stands for what she believes in. Although music is perhaps one of her main sources of income, she pulled all of her songs from Spotify. She believed the platform was spreading false information. This is why Kayja prefers sharing music on SoundCloud. This gives her an estimated net worth of $250,000. 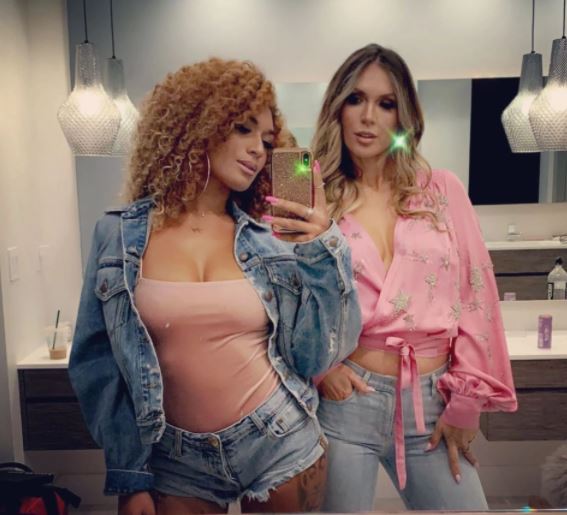 Because her family wants to stay away from the limelight, not much is known about Kayja Rose’s personal life. It is rumored that she is dating someone, but she hasn’t revealed his name yet.