What is Kate Chastain Doing Now?

Wanderlust can be a strange and wondrous thing, especially when it becomes pivotal in a career choice. That’s definitely the case for Kate Chastain, one of the stars from the Bravo reality series, Below Deck, the show about working aboard a luxury yacht that became a sudden hit when thousands suddenly found themselves housebound.

Chastain announced in February 2020 that she was leaving the show, so let’s trace her journey and see if we can get a few clues about what she might be up to next.

For the 38-year old Chastain, the travel bug struck early. She was taking a gap year while attending college when she began working in the yachting industry. After a stint as a laundry stewardess she worked her way up the ranks until Chastain landed a role on “Below Deck” in 2016.

The combination of her stunning looks and spicy personality helped make the show a hit and her ongoing face-offs and arguments with male crew members became a highlight for many fans.

Chastain did well financially during her time on Below Deck, but not as well as you might think.

Reportedly, her annual salary was $75,000 and her net worth is estimated at around $300,000, so she won’t be buying her own luxury yacht any time soon.

Those numbers put her below those of many of her fellow reality TV stars, which means that her departure from the show was definitely a risky move.

Initially Kate dated Ben Robinson, the chef in the early seasons of Below Deck, and their relationship became a running storyline as the show unfolded.

Things took a sudden turn, though, when Chastain did a 180 and announced that she’d fallen for a woman, fellow crew member Ro Hernandez. Chastain identifies herself as a bisexual woman, although she prefers to avoid gender labels, but the relationship lacked staying power.

It did produce plenty of fireworks, however, to the point where Chastain faced assault charges after an incident with Hernandez. She was released on a $5,000 bond, though, and charged with a misdemeanor, and she doesn’t appear to be currently dating anyone.

What is Kate Doing Now?

As she comes up from Below Deck, Chastain will certainly have plenty of interesting choices. While she will no longer be a regular on Below Deck, she won’t be invisible to fans – she will be commenting on the Mediterranean version of the show as part of the Galley Talk chat show, but there will be other parts and pieces of Chastain’s public life.

One of those other ventures is Genesis Boutique, an upscale non-profit resale store that will funnel all proceeds to Genesis House, Inc., the company Chastain started to provide housing for homeless women over 40 who have children.

Chastain has other skills as well. Her efforts as an event planner were occasionally lauded on the show, and she did write a successful book, “Lucky Charming,” which was an Amazon number 1 Best Seller.

Also, since leaving the show Chastain has jumped aboard the crypto and NFT hype to make extra money. Fans of the show were questioning if her account was hacked as her name is listed as KateChastain.eth on Twitter. 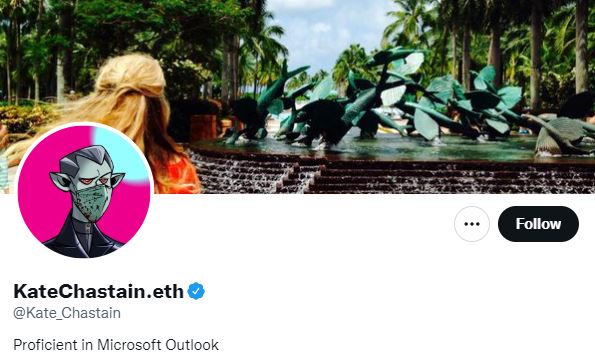 Leaving the show feels like a risky gambit, but the adventurous Chastain does seem to have a knack for landing on her feet, whether on water or dry land.