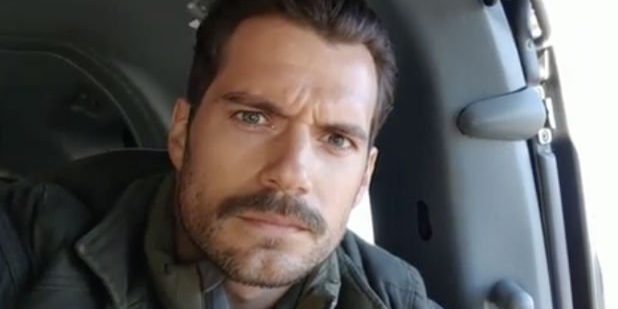 Wonder Woman took a big step in helping to legitimate the DC Universe after a couple of lackluster films. However, the rigmarole surrounding the reshoots for Justice League is not going to help their reputation at all. That’s not to say the movie won’t be good, we don’t know about that yet, but the optics are troubling, and also funny. You can really sum it all up like this: Superman’s mustache is going to be digitally removed from the film.

OK, let’s walk it back so that everything makes sense. Every major movie does reshoots, but Justice League’s have really stretched out and racked up the cash. They have reportedly been doing reshoots on the film for about two months, and they’ve spent a reported $25 million on them. That’s a lot of money for reshoots, which reportedly usually cost $6 to $10 million on a major film. However, this may not be a bad thing. It’s not our money, after all, and maybe they really want to “get it right.” It’s concerning, but not a death knell.

Now, on to Superman’s mustache. While the Man of Steel doesn’t really pop up in the Justice League trailer, obviously he’s going to be in the film. Nobody is surprised Henry Cavill is going to show up. Cavill, though, has not just been sitting around chilling. The man is working actor, and he’s scored a sweet role in the upcoming Mission: Impossible movie. For that movie, he grew a mustache. Thus, the problem arises. Superman doesn’t have a mustache. Paramount won’t let Cavill shave his mustache because he needs it for their film, which he is currently shooting. As such, Cavill is showing up for reshoots with a mustache, and thus it needs to be digitally removed.

Maybe this isn’t a bad sign. After all, Chris Evans had a beard when they shot that shawarma scene for The Avengers. He just covered it with his arm. Perhaps Justice League can follow in The Avengers’ footsteps in other ways. On the other hand, wouldn’t it be cool if Superman just had a mustache? The answer: Yes, yes it would.