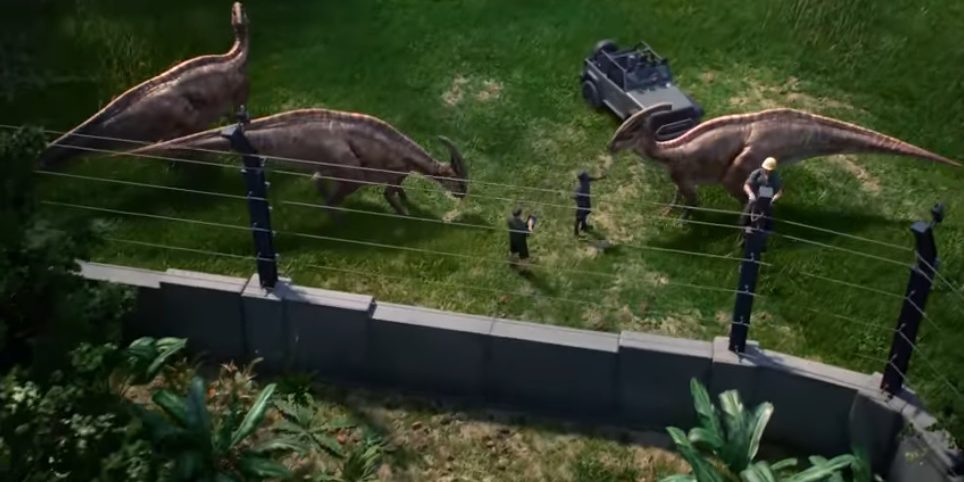 Considering that the Jurassic Park series is about dinosaurs run amok in modern times, you’d think there would have been a great game set in the world of Jurassic Park at this point. However, while some games have hit the market, none of them really stick out. The people at Frontier Developments think they can change that with their upcoming game Jurassic World Evolution.

With the massive box-office success of Jurassic World, which sort of refreshed the series, and with a sequel looming, now seems like a good time for a new video game set in the world of the film series. It’s the direction they decided to take with Jurassic World Evolution that particularly sticks out, though. In the game, you build a dinosaur theme park. You bioengineer dinosaurs and build attractions, research facilities, and containment. Basically, you get to be John Hammond. Be sure to spare no expense!

One can only assume things won’t go swimmingly though the process, but that will likely be part of the fun. The game comes from the company behind games like Roller Coaster Tycoon and Planet Coaster, so they know a little something about games where you build theme parks. Honestly, this game sounds really cool. Jurassic World Evolution will come out for PlayStation 4, Xbox One and the PC in summer of 2018. Fittingly, Jurassic World: Fallen Kingdom is scheduled to come out in June of that year.