Jump Wants To Be The ‘Netflix Of Indie Games’ 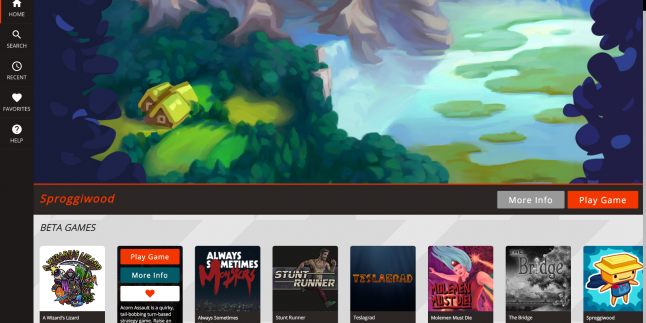 There are a ton of video games that come out every month. If you aren’t a major video game company, if you are an indie game maker, it can be really hard to stand out in the pack. Games fall through the cracks, and not because of anything the game developers did wrong. It’s a crowded, competitive market, but there is one company that is out there trying to make things better for the indie game companies, and the indie game players. They are called Jump, and they want to be the Netflix of indie games.

Jump began life as Kermdinger Studios, and they were fittingly an indie game company at the time. The company is launching in beta this month as an “on demand multi-platform game subscription service.” For 10 dollars a month, subscribers get access to Jump’s game library, which will emphasize indie developers. “It’s a highly curated library, it’s going to be between 60-100 games at launch, and then we’ll be adding a certain number every month after that. Really, what we wanted to be able to do is provide that highly curated, polished, responsive experience that hasn’t really come up in gaming yet, particularly in the subscription world,” said Anthony Palma, the CEO of Jump.

The Jump app is available on PC, HTC, Vive, and Rift currently. This is definitely an interesting, bold venture. Obviously, “the Netflix of indie games” is a lofty goal, but if they can make that happen, it would be huge for indie game companies everywhere.