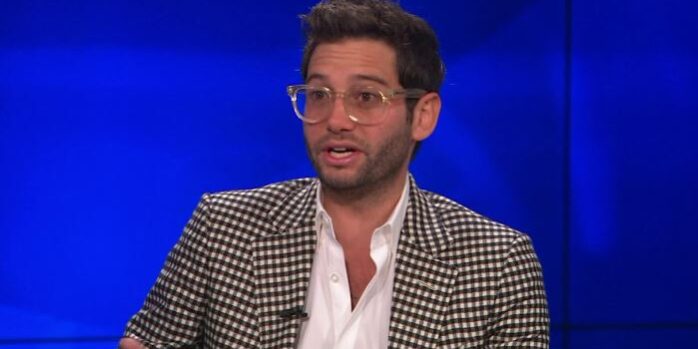 Josh Flagg is an American real estate agent with a net worth of $35 million. Born and raised in Los Angeles, California Josh has starred in Bravo’s Million Dollar Listings LA since 2006 – the only remaining cast member from season one and is still a fan favourite despite his wacky sense of humor. Without Joshua the show would be severely lacking drama.

Flagg never went to college and instead launched a career in real estate at just 18. It didn’t take long for him to make a breakthrough and was named in Forbes’ 30 Under 30 list for successful agents in LA. According to his personal website, Flagg has sold over $2 billion worth of real estate and is amongst the top five agents in Los Angeles.

Fans of the show will know he comes from a wealthy family. His grandmother Edith Flagg (a holocaust survivor) was a well-known fashion designer in Europe who moved to the US in 1948. In 1956, she started Edith Flagg, Inc and went on to become a huge name in the fashion industry until she retired in 2000. Edith passed away in 2014 with an estimated net worth of $100 million! Josh was very close to Edith and would have been included in her will. Flagg’s father Michael was an only child and inherited the bulk of her wealth.

Flagg’s grandfather Herman Platt  was also wealthy – he was a successful business executive with a net worth of $4 million when he died in 2005.

Flagg’s grandfather was also wealthy, Herman Platt was a successful business executive with a net worth of $4 million when he died in 2005.

Despite the family’s $100 million fortune, Josh is independently wealthy and is the richest cast member on Million Dollar Listings, slightly ahead of Serhant and Eklund. Now in his mid-30’s, the eccentric agent has a decade worth of experience earning hefty commissions from selling high-end houses.

He has represented many billionaire families and has sold homes to celebrities such as Steve Aoki, Adam Levine and Shonda Rhimes. His record-selling achievements include the sale of Betsy Bloomingdale’s estate for $40 million and the two highest priced pieces of land in the 500 block of Beverly Hills history.

Flagg got married to his partner Bobby Boyd in September 2017. Bobby is also a real estate agent and appears alongside him on the show.