From TV Shows to Casinos: Is Interactive Video the Future? 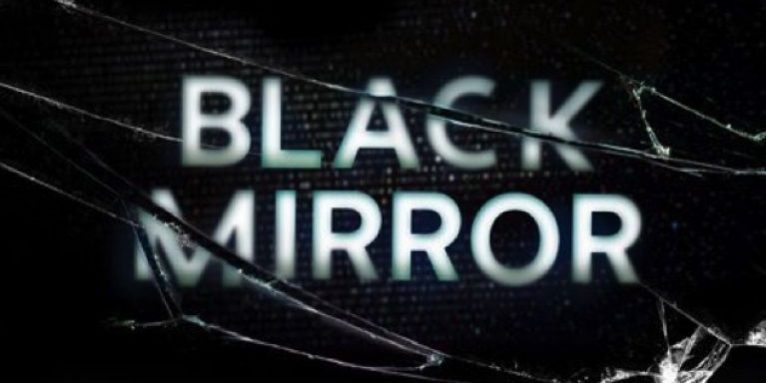 After months of speculation, reports have finally confirmed that season 5 of Charlie Brooker’s Black Mirror will be returning to Netflix in December. The science-fiction anthology series is incredibly popular for delivering a harrowing perspective on the human experience as well as for focusing on how technology can and will influence society. So, it’s no surprise that it is the first big show that Netflix will be creating an interactive episode for.

Of course, interactive entertainment isn’t a new venture, but with the introduction of a choose-your-own-adventure style Black Mirror episode, it is surely set to become even more popular. Here, we’ll be looking at the current state of interactive entertainment – which already appears in everything from TV shows to casinos – as well as what it may become in the future. Really, we’re going to see if the world of Black Mirror is really on the horizon.

1. Black Mirror & The Choose Your Own Adventure Gamble

Caption: The award-winning Black Mirror episode “USS Callister” may be a reality sooner than you think.

Black Mirror is no stranger to the concept of viewers having control over the entertainment they consume. In the latest season, we saw Jesse Plemons portray a ruthless games developer in “USS Callister”, during which he controlled and punished replicas of his co-workers. Now, it seems that Charlie Brooker and Netflix want to take this experience a step further by introducing an interactive episode that we can control.

According to a report by Bloomberg, the episode will encourage viewers to move the story along by choosing from several on-screen options at certain points in the episode. Whether these options will focus on the protagonist’s decisions, the world around them or perhaps even the villain’s perspectives, we cannot say. It’s quite possible that it could be a mixture of many different elements, all of which we will have a responsibility for. Whatever it is, chances are it will be brilliant (and horrifying).

Why are we so confident? Well, we all know that Black Mirror is a hugely popular show with a huge following, so at this point, it can do no wrong. Another aspect that fills us with hope is the fact Netflix has already created interactive TV shows in the past. First, the company worked with Dreamworks Animation to release Puss in Book, which allowed viewers to choose the fate of the feisty, fancy feline. More recently, it was announced that Netflix had been working with Telltale Games to create an interactive animated series based on Minecraft.

Netflix isn’t the only company dabbling in interactive TV, of course. Late last year, Monolith Production’s Middle-Earth: Shadow of War had an advertising campaign that featured an interactive trailer. As the game relied heavily on the player’s decisions, the trailer echoed this, allowing viewers to decide the plot. Earlier this year, HBO released Mosaic; a show that allows viewers to select their own narratives via an app.

Speaking of apps, interactive entertainment has been around for a long while in the world of smartphone games. For years, many of the world’s most popular reality TV shows have had app counterparts that allow audiences to vote. More recently, apps like HQ Trivia have appeared, allowing people from around the world to play an entirely app-based game show together without any TV show ever having to be involved at all.

Meanwhile online, interactive entertainment has been thriving continuously for decades. Arguably the most obvious example of this is live casino games, many of which have been created by former land-based casinos or TV-based casino programme companies who were savvy enough to see where technology was headed – a possible Black Mirror episode in the making, perhaps? These live casino games live stream croupiers via the internet, allowing players to experience real-time casino games including poker, baccarat, blackjack and roulette alongside other competitors.

With interactive entertainment taking over every part of the media, we have to ask: where did it all start?

3. The Rise of Interactive Entertainment

Fans of the Black Mirror series may remember “Fifteen Million Merits”, the second episode ever broadcast. In the episode, we experience a world where every surface features an interactive video screen, packed full of entertainment and advertising tailored specifically for each individual. You may also remember the in-world game show Botherguts, in which overweight individuals are humiliated as they cannot ride stationary bikes that power the facility. There’s a much more popular reality contest in “Fifteen Million Merits” though: Hot Shot, which enables winners to avoid bike riding and instead live a life of luxury.

Of course, similar shows are also present in the real world. Shows like Big Brother, X-Factor and Dancing with the Stars all require viewers to vote for their favourite competitor and, in doing so, have control over where the show will go in the future.

This format first began in 1953, with a programme entitled Winky Dink and You (feel free to cringe). Viewers could buy specially made transparent sheets that they would then place over the TV screen and help the TV characters draw things. Unfortunately, the show came to an end after people kept drawing on their TV sets.

It wasn’t until 1959 that the first telephone call-ins were made on the Today Show and over a decade went by before the BBC’s Ceefax was launched in 1974. In 1993, ITV’s version Oracle changed its name to Teletext and Bamboozle, a quiz show you could play on your TV using your remote, was launched. The next year Channel 4 launched Gamesmaster, which took chat room messages and displayed them as subtitles, and Frosties ran the first interactive ad.

From 1998, interactive entertainment exploded. In October, Sky Digital was launched, allowing customers to shop via their television and play games using their Sky Box. When the company launched interactive football in August 1999, viewers were even able to see different camera angles and access statistics.

By 2000, interactive shows and games were a part of TV culture and continued to grow in popularity, function and capability. Reality shows, talent contests, poker, news broadcasts: the audience could not interact with it all from the comfort of their own homes. However, shows that actively engage viewers to decide a fictional plot are still pretty new and exciting. Not only for viewers but for companies as anything with changing narratives can be viewed and played repeatedly by consumers looking for a fresh insight into a fictional world. This, we believe, is why interactive entertainment will continue to grow over the coming years.

4. What Could This Mean For Games, Film and TV of The Future?

As online streaming, apps, high-speed internet, touch screens and interactive games such as live casino evolve and become more popular, there’s no reason why they couldn’t take over the pop culture landscape. There’s a chance that simply voting for contestants on TV shows will soon become an archaic form of audience engagement, especially if the show requests telephone call-ins.

In the same way, passively watching fictional TV shows or even films may become a thing of the past, with studios creating choose-your-own-adventure media more often. There are already rumours that Netflix has started making two more shows based on popular video games series, and as we mentioned earlier HBO already has one in the bag.

Of course, we’re always creating technology that will make things easier for us, so chances are we’ll get AI or algorithms that make choosing narratives even simpler as well. If Amazon Prime were to create interaction TV shows – perhaps an episode of The Grand Tour where we get to decide what happens to the lads – then chances are we’ll be able to make decisions via Alexa.

Over time, interactive TV shows may very well become a part of our everyday lives. We’ll all have different stories to tell, we’ll each live in our own dimension separate to others because of the decisions we make and that is truly something straight out of Black Mirror.