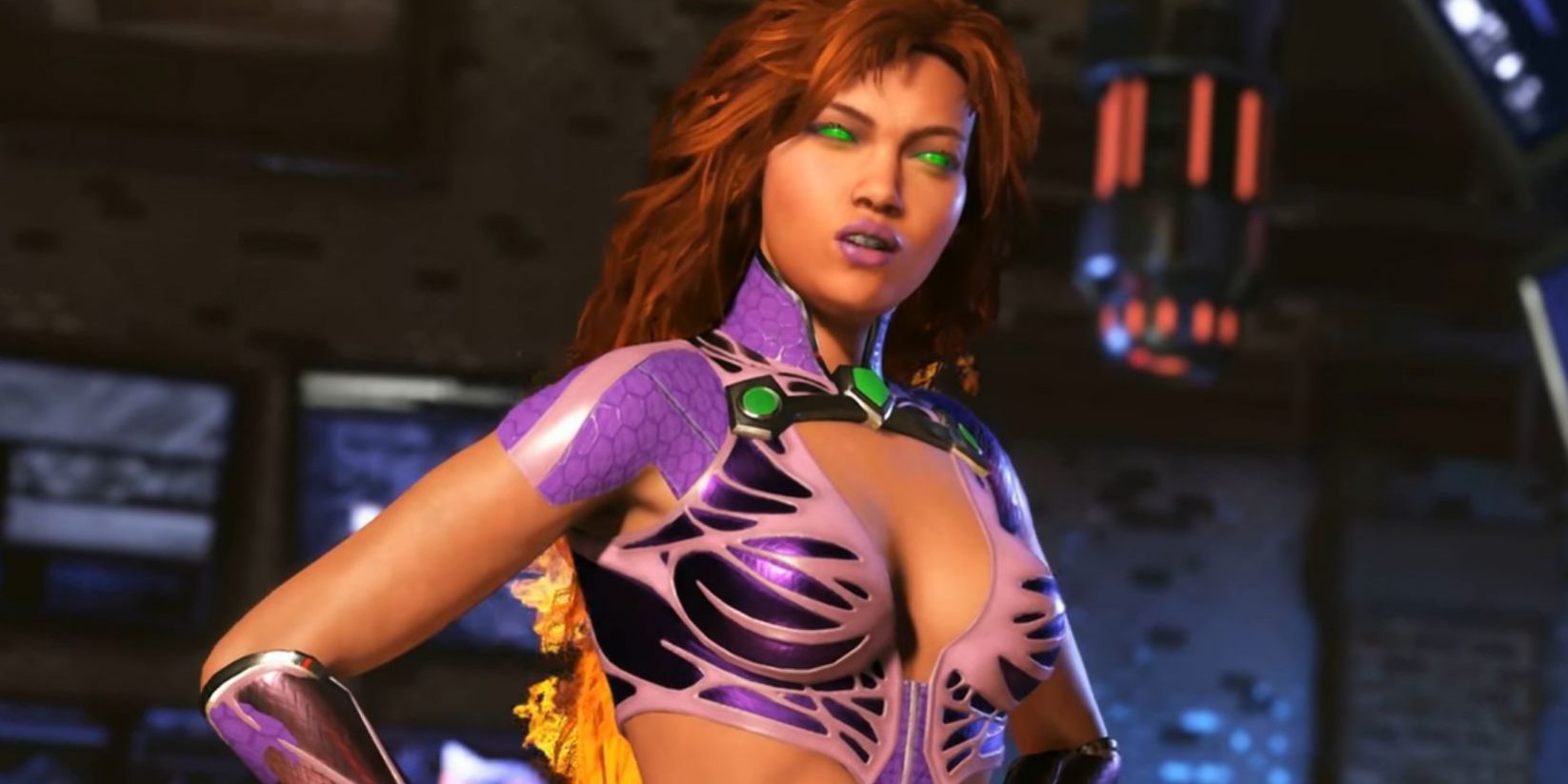 It’s been less than a week since Injustice 2 added Mortal Kombat butt-kicker Sub-Zero to its massive cast of DC Comics super-heroes and super-villains, but that’s not stopping Warner Bros. Interactive Entertainment and NetherRealm Studios from continuing to fill the game’s roster with another fan-favorite fighter. Starfire–Tamaran princess, Dick Grayson love interest, and all-around female force to be reckoned with–is the next super-powered pugilist entering Injustice 2‘s ring.

According to the character’s official reveal, Starfire is “motivated to action by the death of Dick Grayson.” If you’re not familiar with this cult-favorite character’s awesome arsenal of otherworldly powers, the below gameplay trailer shows off everything, from her shiny celestial projectiles to her pain-bringing supernova super, as she makes short work of many of the game’s supposedly unstoppable super-heroes.

Sporting literally flaming hair, knee-high purple boots, and cat-colored eyes to match her emerald projectile lasers, Starfire is easily one of the coolest looking additions to the sequel. Specific release details are scarce, but we know the character will be available as part of a new DLC pack coming to Xbox One and PlayStation 4 in August.