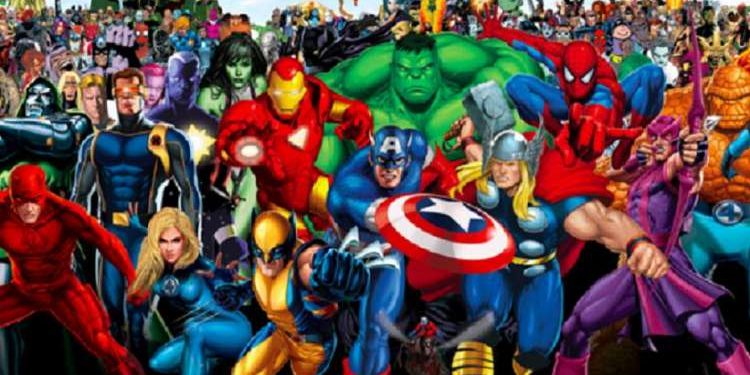 Marvel branded superhero slots being withdrawn from online casinos was a disappointing moment for most players. This happened due to the cessation of the licensing agreement between Disney (the new owners of the Marvel brand) and Playtech (the slots developer). There are other superhero slots. However, Marvel slots will always be missed.

Whenever a new Marvel movie is released one automatically visualises what its slot game would look like. Avengers Infinity Wars and Avengers End Game were blockbuster hits that did a combined business of almost $5 billion worldwide. This continuing saga deserves a branded video slot more than any Marvel movie.

A normal 5 reels and 3 paylines structure will not suffice for a brand as big as the Avengers. Most high profile slot games are constructed in the 5×4 structure. If the slot game is to have low variance then the All Pays format would be suitable. For high variance, one can go with 40 paylines. It would be a great idea to release the video slot in both formats so that all Marvel fans can really enjoy the game.

The graphics will be based on the photorealism of the movies. This enhances brand identification. In order to recreate the action in the movies an animated background is desirable. It could play out the final battle in Endgame or it could stream different important events from the movies. Appropriate sound and special effects would obviously be included at every stage of the gameplay.

The wild symbol, a must in every contemporary slot game, has to depict someone that stands out. Captain Marvel plays only a cameo role in The Avengers. However, without her participation the decisive battle would have gone in favour of the villains. So, Captain Marvel will make the perfect wild symbol because it will help make winning combinations. It will look attractive a full length expanding wild.

The high paying symbols will have to be the lead characters from the movies. The slot would be incomplete without Thanos, the chief villain around whom the plot revolves. The other characters would be the superheroes from the Avengers team. There are too many to include all of them. The best representatives are Iron Man, Thor, Hulk and Captain America because they played important roles in both movies.

Win animations in branded slots play video clips from the movies and this is the best option. The clips are often played in the symbol space, which is a major let down. In this Avengers slot, the win animations will be played full screen to allow Marvel fans to relive the best scenes.

Superhero slots have a tradition of exciting, innovative and rewarding bonus features. That will be carried forward. A special symbol will be used to activate each of the features.

Free Spins: The plot is driven by the Infinity Gauntlet with the six Infinity Stones. The Gauntlet will be a special symbol. Every time it appears on the reels the player will collect one Stone. When all six Stones have been collected the free spins feature will be triggered.

The slot game represents two distinct movies, though the plot is in continuation. This aspect has to be catered to. Using the title logos of the two movies as special symbols is the perfect solution. Each one will trigger a bonus game on the second screen that takes players back to its movie.

Endgame Bonus Game: This will be triggered by the Avengers: Endgame logo. In the movie Iron Man uses the stones to disintegrate Thanos at the cost of his life. In the bonus game you will not be asked to take any such risks. If you are extremely lucky you will succeed in destroying Thanos in the first attempt for a bumper payout. In the worst case you will take six attempts to accomplish the task for a smaller win.

Slots developers have consistently spoilt players in this regard. It is impossible to imagine a branded superhero video slot without a progressive jackpot. The trend is for multiple level independently running jackpots of different amounts. This has the advantage of spreading the largesse to more players. Since Avengers is being conceived as a stand-alone slot, three levels seeding at 1,000, 10,000 and 100,000 would find acceptability.

At the moment this Avengers slot game is mere wishful thinking. Disney will have to enter into a licensing agreement with some slots developer to start the process. NoDepositHero features online casinos offering no deposit bonuses to win real money on superhero slots. There are many superhero slot games running at online casinos that you can play. Playtech runs a series based on DC superheroes. Some of the more popular titles are:

The Batman: Intriguing Comments Hint at ‘Original’ Take on the Dark Knight
February 22, 2019