How to Analyze a Video Game! 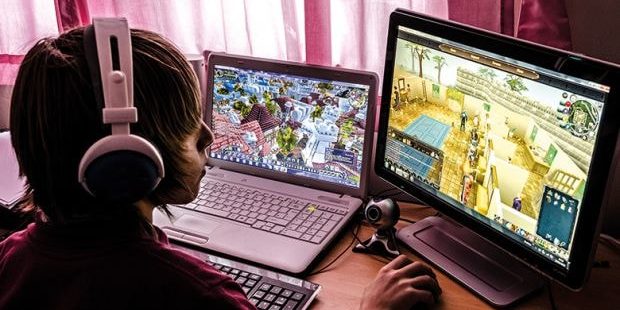 It is often said that the best way to understand something is to break it down to its smallest components. This was followed in science and by understanding the smallest building block of matter we were able to combine it with thorough knowledge of maths and physics to be able to make predictions of the universe. The same is applied when analyzing a video game where we first start with the stuff “under” the experience. By taking away mechanics, inputs and processes, rules, tokens and actions we can see a game in its most basic form which is useful for a number of reasons.

The gaming system is the core mechanic of the game. New mechanics are very rare, with most games using the same mechanics as predecessors while changing other aspects to give a different experience to the user. Examples of core mechanics often seen include pressing a button before a timer runs out or, as seen in most console games today, making the choice to move in one direction or another. Once you understand the core mechanics of the game, you can then ask yourself what it is that the developer wanted to get out of you through your interaction. Developers use concepts, investments, pleasure and enjoyment to keep players happy. Graphics can provide an immediate source of pleasure but with frustrating game mechanics or a boring storyline, players will eventually fade.

In the mobile gaming industry game developers must keep users entertained, because there will always be a competing game which can take over in an instant. These games keep players coming back by sending notifications, making reward systems and releasing never ending levels of gameplay. Their main goal is to keep players involved with the goal of getting them to pay money. Ad revenue is big business for these games. So even if they offer the game for free, the fact that people are playing the game is money in their pocket from potential advertisers.

If we look at the example of casinos, games offered have very little gameplay variance but have had people for many years throwing their money at their favourite games for the chance of winning as well as enjoying the game play itself. In the online casino world, the game developers goal is to keep members playing on one particular game, to get them to continue enjoying the game, spending money and to provide a sense of accomplishment when they win (cue big flashing lights and “YOU WON!!!” sounds).

These have proven useful to online casinos but there is always room for improvement. iGaming companies are now looking to add a level of skill into gambling. Described as “video game gambling”, the concept seeks to keep players engaged by adding a skill element to the game. Instead of gambling based solely off random algorithms, players are able to develop their skills to improve their chance of winning money. Gamification will turn the functional, such as slots or bingo, into a game which requires skill and investment with the reward of winning money. Gaming mechanics may remain essentially the same but various aspects such as leader boards and loyalty points are introduced to ensure players remain loyal to one game. We already have predictions that video game gambling will reach as high as $50bn by 2020; which means this is indeed an essential aspect of the business.

In the process of analyzing a game, fun is subjective. For game developers breaking down fun into smaller components such as satisfaction, engagement and storyline investment to name a few, it can be easier to develop games which have a higher chance of being fun. Gamer psychology can be determined by looking at games which have done particularly well and utilizing those basic components to create an experience which has a high chance of being accepted and loved by gamers for a longer period of time.