How Lucha Libre Made Its Name In Global Entertainment 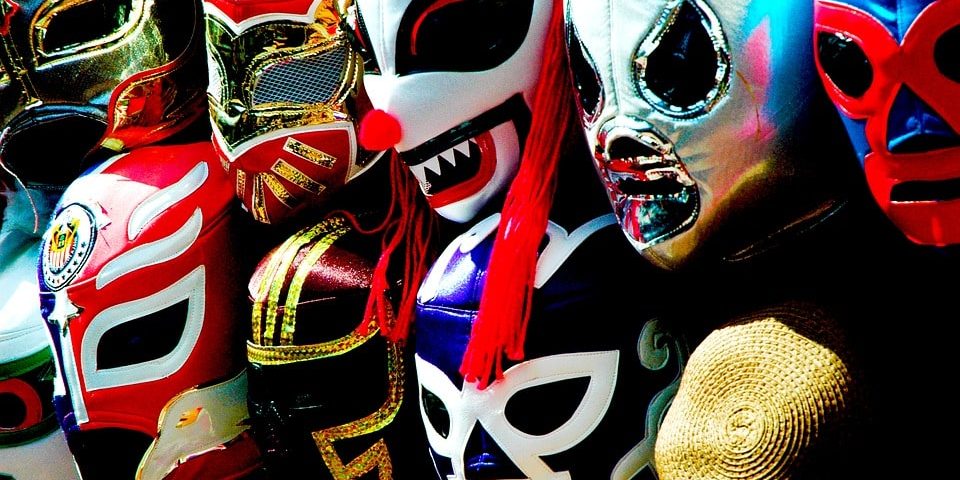 Lucha Libre is a popular term among modern cultures, which is used to describe Mexican professional wrestling. It has been a part of Mexican heritage since the late 1800s and is seen as both a form of sport and as entertainment. Over recent decades, this phenomenon has become increasingly popular in American and global pop culture, featuring in films, games and international wrestling.

This form of wrestling involves a type of freestyle combat that incorporates aerial movements in a ring, usually with very few limitations as to what the wrestlers may and may not do. The participants are dressed in colourful costumes and masks to represent their wrestling personas. One of the most popular original professional Mexican wrestlers, or luchadores, was El Santo. His identity remained anonymous until five decades into his career and he was one of the first influences to introduce Lucha Libre to film, print and television. Some may even say that his legacy paved the way for the global recognition the sport possesses today.

More than a handful of established wrestlers in the current industry pay homage to the original luchadores by adopting their appearances and styles in their own careers. A classic example is Rey Mysterio, who has been wrestling since 1992 and, although on and off, continues to wrestle with WWE today. Blue Demon Jr. is another Mexican wrestler who takes inspiration from Lucha Libre and is the adopted son of the original luchador Blue Demon. Their involvement in American wrestling competitions and championships has largely contributed to the global love for Lucha Libre.

Children and adults alike have been enthralled with the concept of wrestling for many decades. Once wrestling games were revealed on the gaming scene, this obsession grew, particularly as many individuals don’t participate physically in the sport. In this age of advanced technological innovations, limitations have been reduced to electronic devices and internet connections. Whether enjoying two player WWE video games or simply relishing in mobile casino games and slots like Lucha Maniacs (created by tech company Yggdrasil Gaming), technology has provided a way for anyone to go back in time to the era of Lucha Libre.

Every comedy or Lucha fan will most likely have seen the movie Nacho Libre (2006), which stars actor Jack Black and offers an unusual take on the Mexican wrestling culture. Although not necessarily entirely an accurate depiction of the community, the film did assist in marketing the sport to audiences around the world. The comic book industry also took to the theme, adding luchadores as characters to many titles throughout the years, which have become some of the most loved characters in the comic industry.

The reasons behind the popularity of the Lucha Libre culture in modern entertainment can be easily explained once the thrill and excitement it provides to viewers is recognised. The unique variations in costumes and demeanour in comparison to traditional American wrestlers, as well as the adventure of a different culture’s influence, offers the public a fascinating twist on one of the world’s most loved contact sports.