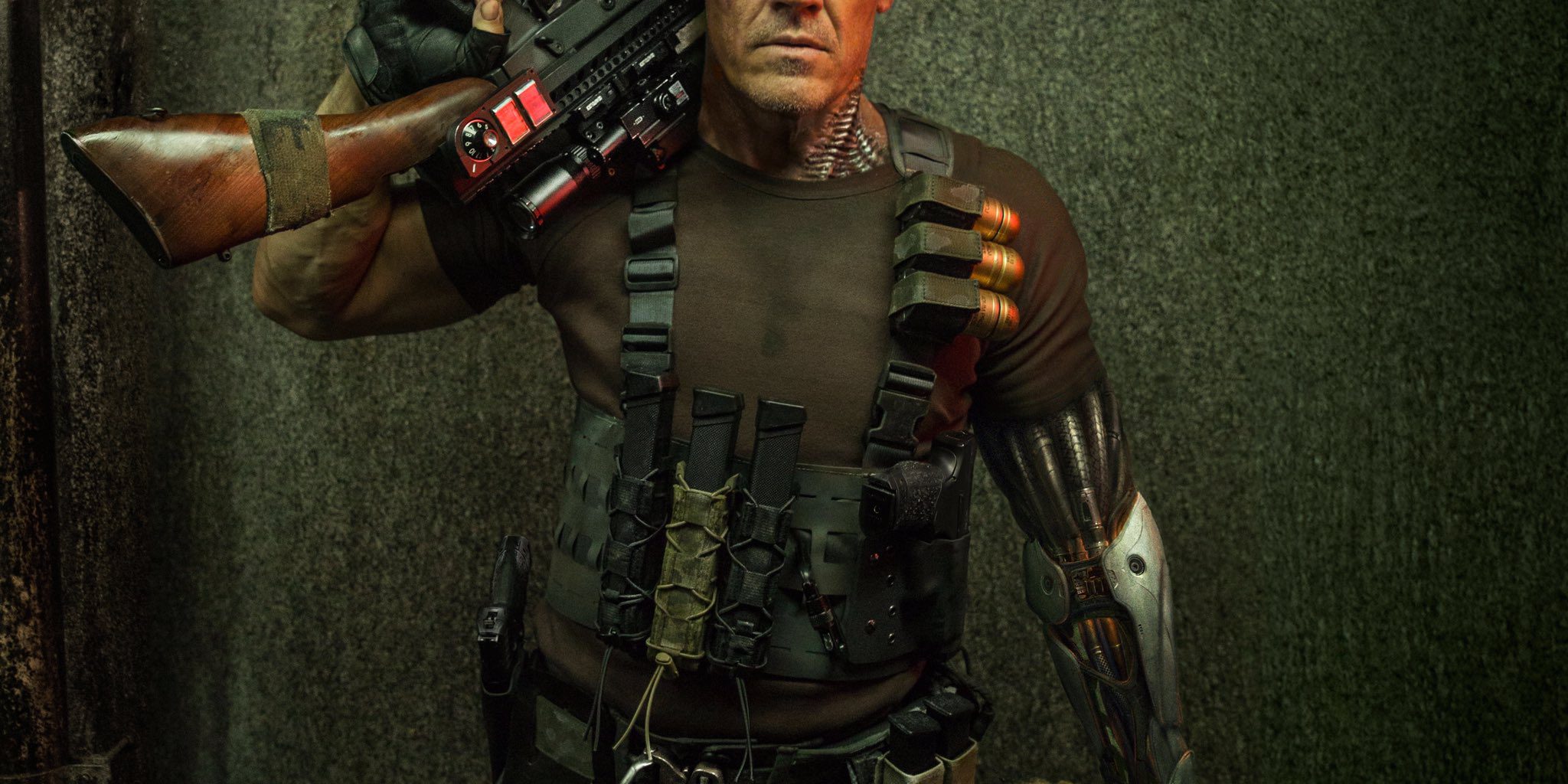 First we got a look at Zazie Beetz’s Domino, who is joining Ryan Reynolds in Deadpool 2. However, as nice as that was, and with all due respect to Beetz and Domino, we’ve all just been waiting to see Josh Brolin as Cable. We were teased a bit previously about Brolin’s transformation into the time-traveling soldier from the future, but now we’ve finally gotten our first look at the complete transformation.

Once again, as with the Domino reveal, the photos come straight from Reynolds. The man is deeply dedicated to Deadpool. He posted two pictures of Brolin in his Cable getup, one a close up of his face, and another giving us a sense of the artillery he’s sporting.

We all have that one, grumpy, heavily armed Uncle from the future. #PremiumCABLE #JoshBrolin pic.twitter.com/JV3yBIIPQH

They put a little scarring on his face, but it’s his mechanical, glowing eye that really stands out. It certainly looks impressive, and definitely gives him that futuristic warrior look. He also comes equipped with a ton of heavy duty weaponry, including a massive gun he’s slinging over his shoulder with his normal arm. His other arm is more robotic in nature. And, of course, like all bloodthirsty soldiers from the future, he has a teddy bear dangling from his belt.

Does Cable look like a badass? Absolutely. However, this is the second Deadpool movie, so one assumes he’s going to be asked to bring the humor as well. The violence and asskicking seems like a given at this point. Now we just have to hope Brolin’s Cable is funny. Hey, Brolin did a solid job in Men in Black 3 and Hail, Caesar!, so we’re probably in good hands.