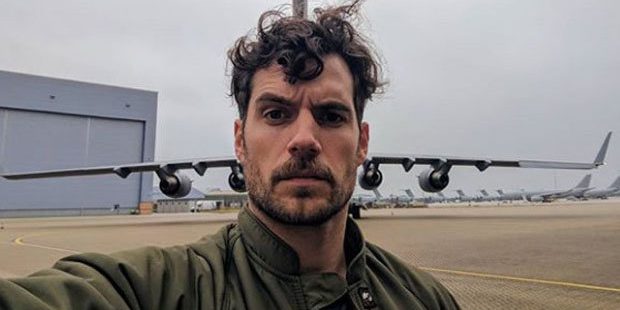 Guys, we’ve all had a good laugh at Henry Cavill’s mustache. Even Cavill himself has been having fun with it. However, there are some people out there who probably don’t find his mustache to be all that amusing. Those people are the ones who have to actually digitally remove his mustache from those bloated and lengthy Justice League reshoots we’ve heard so much about.

By this point, you have assuredly heard a lot about these reshoots, and the mustache-related complications. In short, Cavill, who plays Superman, has been working on Mission: Impossible 6, a movie for which he grew a contractually-obligated mustache. That means he has been unable to shave while filming his reshoots for Justice League, which have been going on for weeks. The only thing Justice League can do now is have his mustache digitally removed, which is a difficult, and tedious, process.

Business Insider interviewed a couple visual effects artists to find out just how the process of removing facial hair digitally goes. Apparently, it’s pretty common, but that doesn’t mean it’s easy. Anne Trotman explained the process, in part, as such: “If the head moves in perspective, this would need to be achieved with 3D and 2D techniques. If the talent is facing the camera straight-on, we can use 2D techniques.” If they have to use 3D techniques, they may have to digitally rebuild the actor’s face, which sounds tricky.

So how long of a process is this? Well, Dave Fleet says it takes, “One week just to make the 3D elements; then another three weeks to track, animate, and render the shaven face; and another two weeks to composite it all together.” Using those parameters, it would take six weeks to edit a mustache out of a one-minute clip, and 25 weeks for a five-minute clip. So yeah, while we’re all laughing about Cavill’s mustache, spare a thought for the men and women toiling away at mustache removal.