Hellboy Is Part Of The Upcoming ‘Injustice 2’ Fighter Pack 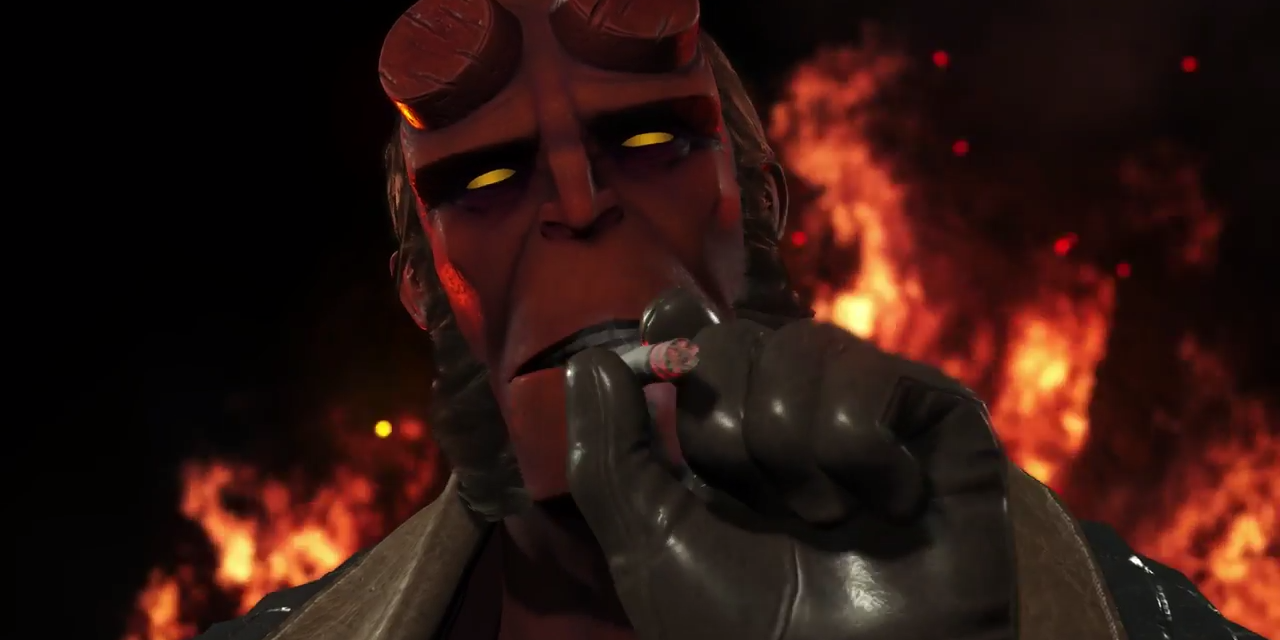 Injustice 2 had plenty of fighters to choose from to begin with, but the longevity of a fighting game’s popularity is often reliant upon keeping things fresh. A good way to do that is to keep including new characters into the game. A little while back, they added DC character Starfire, best known from Teen Titans. Now, they have announced Fighter Pack #2, which features three characters: Raiden, Black Manta, and Hellboy.

Black Manta is perhaps not an immediately recognizable name to casual comic book fans, but he is the primary enemy of Aquaman. Since most people just make fun of Aquaman, they can be forgiven for not remembering Black Manta, or even knowing that he exists. Hellboy, on the other hand, is fairly well-known, which is probably why his unveiling in the trailer for the new fighter pack comes last. He’s the big reveal, as it were. After all, only one of these three characters has been the titular character in two (and soon three) movies.

Check out the trailer below. Fighter Pack #2 is available September 12.