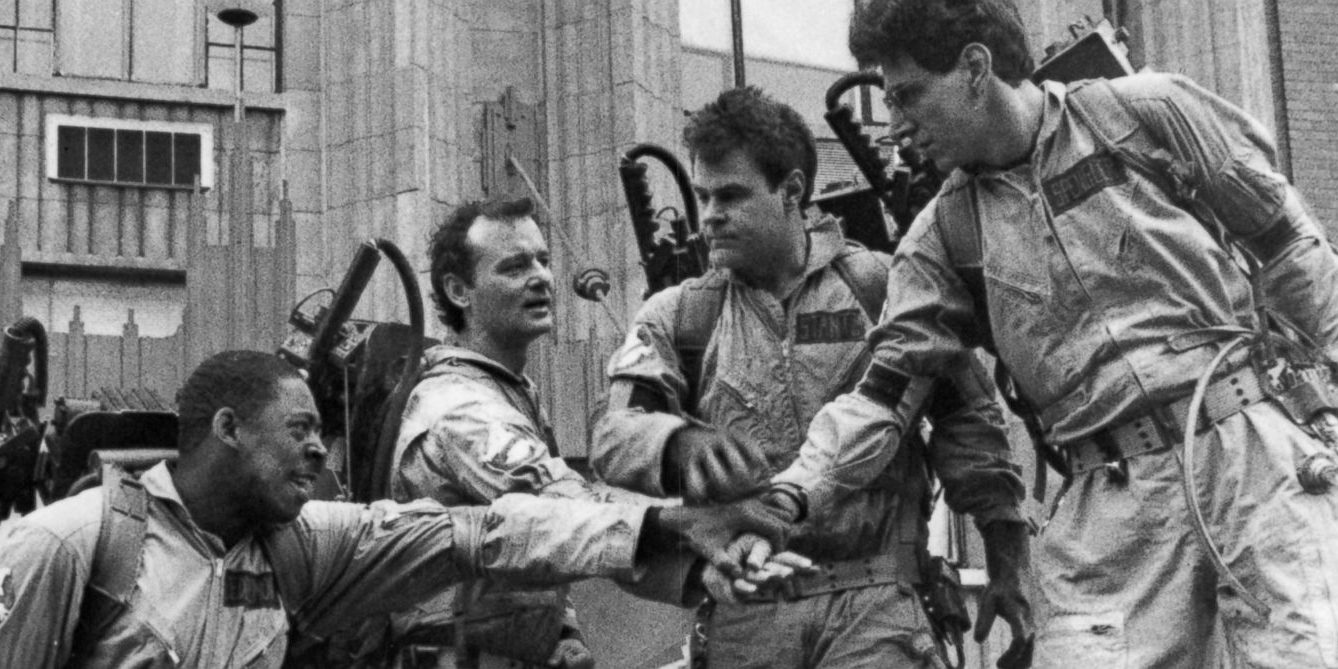 The Ghostbusters franchise may be centered around fighting the dead, but it most certainly isn’t dead. Although it’s been 28 years since the release of Ghostbusters II, the franchise has seen cartoon series, video games, comic books, and, most recently in 2016, an all-female remake of the original paranormal comedy. While no other installment in the franchise has replicated the comedic brilliance and success of the original Ghostbusters, that certainly hasn’t stopped Ivan Reitman, the film’s producer, from pushing new projects into the series – and at this year’s San Diego Comic-Con, he hinted that one of those projects could be another live-action film.

At the franchise’s panel, Reitman revealed a few of his possible projects, which included “wonderful plans for an animated feature that we’re deep in design on already and a really great story. … And of course a new live-action film. I am not giving any more secrets.” While this leaves open a litany of possibilities for direction, the 2016 female-led remake was considered too much of a financial flop to leave open the possibility of a sequel, thanks to its needlessly high budget and overspending on marketing. This means that the more likely direction for the proposed live-action film would be a Ghostbusters III, possibly bringing back in original cast members Bill Murray, Dan Aykroyd, and Ernie Hudson. But the passing of fourth Ghostbuster Harold Ramis back in 2014 would mean the shortage of eccentric nerd Egon Spengler – and it just wouldn’t be Ghostbusters without Egon.

Reitman, addressing these concerns, only vaguely hinted at what could be done in the event that the film be a sequel to Ghostbusters II when asked at panel, with the “possibility” of creating a fully CGI Egon to replace Ramis. “It’s possible. … It’s something we’re thinking of,” he said.

With the release of Star Wars film Rogue One in 2016, controversy arose over the CGI recreation of the late actor Peter Cushing as Grand Moff Tarkin and a younger Carrie Fisher as Princess Leia (the film was produced and released before Fisher’s death in December). In the case of the latter, while CGI technology has advanced tremendously, fans of the series still felt the “uncanny valley” phenomenon common with CGI humans in films. In the case of the former, fans felt that the recreation was disrespectful to Cushing, despite the blessing of Cushing’s estate to recreate him in CGI.

Harold Ramis’s daughter, Violet Ramis Stiel, did hear about Reitman’s comments concerning her late father, whom she had grown up watching on set and remembered fondly in a loving tribute after his death. On the possibility of her father being rendered in CGI for a Ghostbusters sequel, Ramis Stiel says, “It’s bizarre…Personally, for me, it is hard to imagine that people would accept it, but who knows. The technology now is amazing.” It’s not exactly a show of tremendous enthusiasm, but it at least shows that Ramis’s family is open to the possibility of the beloved actor making a CGI comeback.

Nothing more has been confirmed about the possible Ghostbusters III, but keep checking back for more news and information.