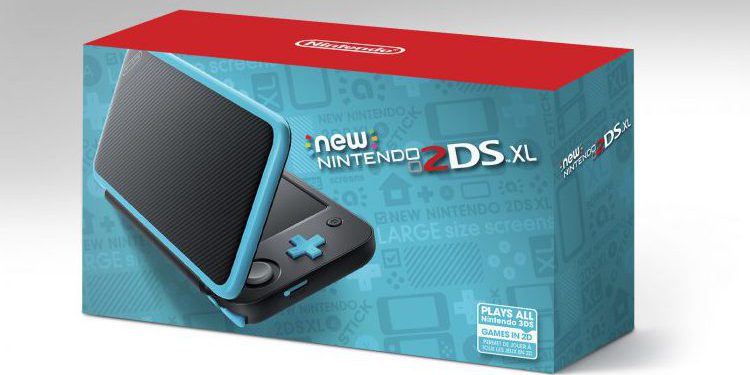 It didn’t take me more than a few minutes exploring Hyrule in The Legend of Zelda: Breath of the Wild to fall in love with my Nintendo Switch. Falling hard for the new console/handheld hybrid was bittersweet, however, as it also marked the beginning of the end of my lengthy love affair with my New Nintendo 3DS XL. Like many Switch adopters, I assumed there was no need for another, older Nintendo portable in my life. Then Nintendo announced Metroid: Samus Returns, a 3DS exclusive.

I plan on playing the heck out of this remake when it hits September 15. The real question, though, is what platform will I play it on–my dusty New Nintendo 3DS XL or the new, er, New Nintendo 2DS XL? The latter, the sixth member of the 2DS/3DS family, is a lot like the New 3DS XL, minus the glasses-free 3D tech and $200 price-tag. The new, $149.99 version includes the same battery life, larger screens, built-in Amiibo support, C Stick control, and faster processing power of its 3D predecessor, but also tosses in an AC Adapter, an item sorely missing from the New 3DS XL bundle.

Unless you’re a fan of the specs-free 3D–a feature that never really took off–there’s no reason not to pick up the New 2DS XL over its older, extra-dimensional brother. What if you already own the latter though? Is it still worth upgrading to the latest and greatest dedicated handheld the house of Mario has to offer? After spending a few days with the new system, I’d say that depends on how much of a Nintendo nerd you are. Beyond the obvious perks, the New 2DS XL is also noticeably smaller and lighter than the New 3DS XL. Coupled with its sleek design, intuitive button and slot placement, and rounded corners, its size and weight make it the most comfortable 2DS/3DS my hands have ever had the pleasure of cradling. In fact, after months of playing my Switch in handheld mode, the New 2DS XL feels like a feather.

Its stylus is a tad too small, and I’m not a huge fan of the turquoise color and textured top–my smooth, charcoal 3DS is far more handsome–but these are obviously small gripes. Unless, in the unlikely event Nintendo releases a 3D killer app, I can’t see myself returning to the older handheld. The comfort and conveniences alone of this latest hardware refresh make it the definitive version. Despite the Switch’s dominance, it’s also apparently got plenty of life left in it. In addition to Metroid: Samus Returns, Nintendophiles have Hey! Pikmin, Mario & Luigi Superstar Saga, and Miitopia to look forward to this year.

If you’ve somehow held out this long on picking up a 2DS or 3DS, adding this latest take on the popular handheld is a no-brainer. If you’ve already got a 3DS–and aren’t an obsessive Nintendo hardware collector–however, I’d say check the trade-in value on your current portable and consider an upgrade. Of course, if you own the five previous versions, and have them proudly displayed on a desk or bookshelf, well, maybe I’ll see you in line when we pick up our pre-orders on July 28.