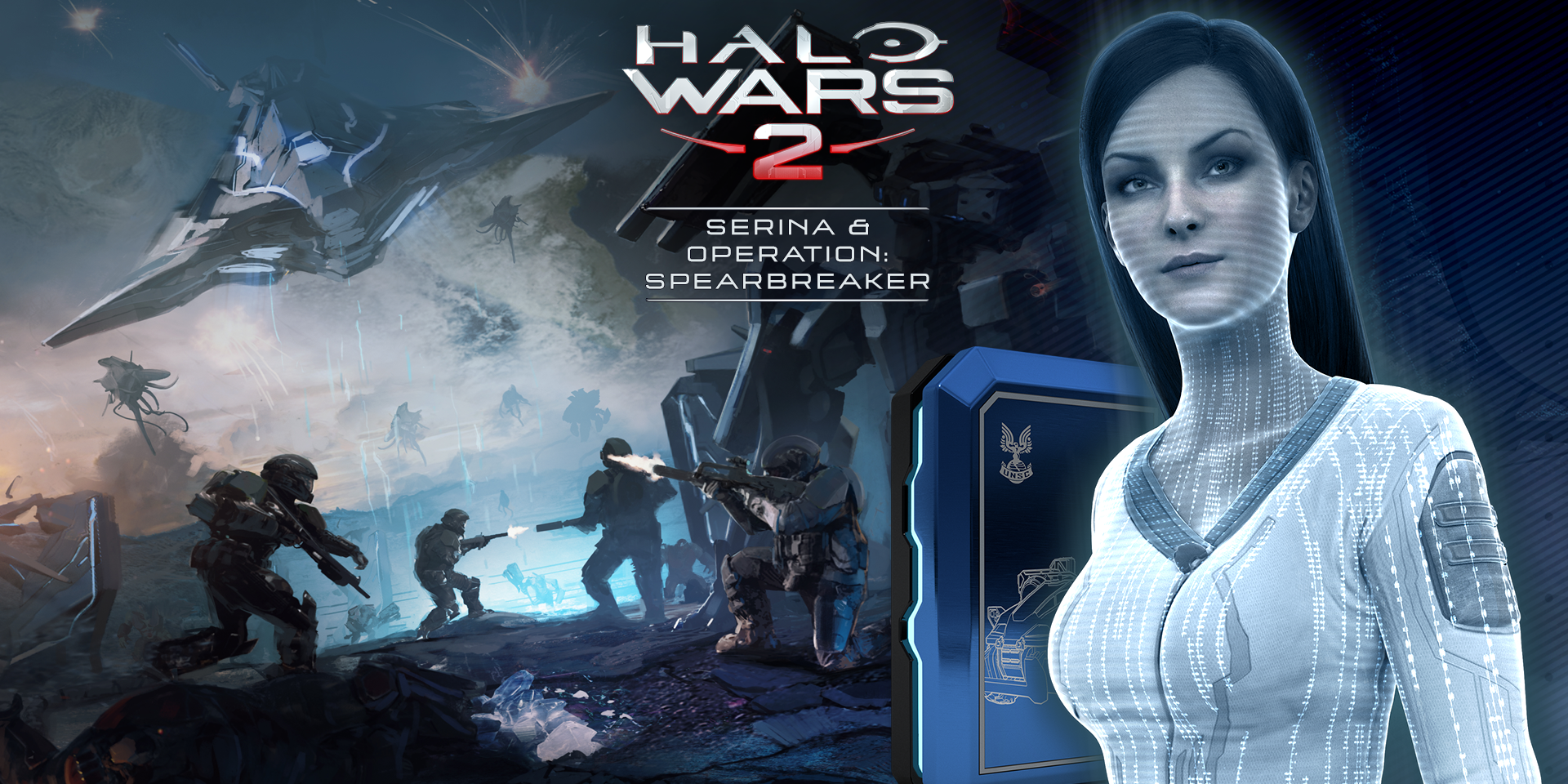 Halo Wars 2 gets a drop-pod full of DLC today, as both Serina and Operation: SPEARBREAKER are now available on Xbox One and Windows 10 PC.The former pack features new DLC Leader Serina, who fans might remember as the Cortana-like AI from the first Halo Wars entry. 343 Industries’ Jeff Easterling had the following to say about the UNSC Spirit of Fire’s former AI on Xbox Wire: “When you’re ready to dive back into multiplayer, stay calm, cool, and collected on the battlefield by taking command of Serina’s formidable frost-featured forces. No matter what your multiplayer persuasion is, Serina is an awesome new addition to the Halo Wars 2 Leader lineup that adds a new element of strategy for opponents to fend with.”

Of course, fans more interested in fresh campaign content, will want to dive right into Operation: SPEARBREAKER. This second DLC offering features a pair of brand-new story missions that expand on the pivotal role of the narrative’s coveted Ark. Halo Wars 2 Season Pass holders can jump in at no charge, but others can purchase each pack individually, for $5.99, or grab them both for $9.99.