‘Grimoire: Heralds of the Winged Examplar’ Released After 20 Years in Development 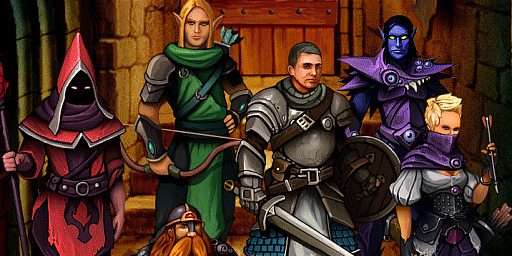 It’s not often, especially now that we’re comfortably into the 21st century, that one can say a game began its development last millennium, and yet here we are. Grimoire: Heralds of the Winged Exemplar, a classically-styled and retro-inspired fantasy RPG considered the spiritual successor of Wizardry that began production last millennium has finally been released on Steam after 20 years in production.

Solo developer and RPG enthusiast behind the game Cleve Blakemore has been working on what he claims will be “the best RPG ever” since around 1997, with a production process spanning the turn of a new century and an IndieGoGo campaign that raised the project over ten thousand dollars, but didn’t secure it a release date. Blakemore, who compared the building of the Grimoire: Heralds of the Winged Exemplar with building the space shuttle, attributes its record-length production time and the delays that created it to “bugs” that he was determined to quash, eager as he was for the game to be “perfect” upon release. This mean two decades of promises broken, release dates passed with no release in sight, and waning interest. So when Blakemore stated a few days ago that the product had finally been given to Steam for approval, and that release was imminent, those who still had a vested interest in the title were understandably skeptical. So you can imagine the surprise when the title finally appeared on Steam for purchase – complete with a $35.99 price tag and no manual.

So was it worth the wait? Initial response to the game was yes, but that has since sunk as the most eager diehards actually got to spend some time getting to know the title they’ve been waiting two decades for. The game itself is a definite old-school throwback, with 2D graphics, 8-bit sounds effects, and a soundtrack comprised entirely of MIDI files (I didn’t even know that MIDI was still a viable format), with 600 hours of play, 244 explorable maps, 64 NPCs, and 240 monsters. If that isn’t enough, Blakemore has promised updates with even more content in the future, but considering his history, we may be a bit closer to the next century by the time that promise is fulfilled.

Grimoire: Heralds of the Winged Exemplar is currently available for purchase and download on Steam.