The Greatest Tag Team Of All Time Wrestled In GLOW 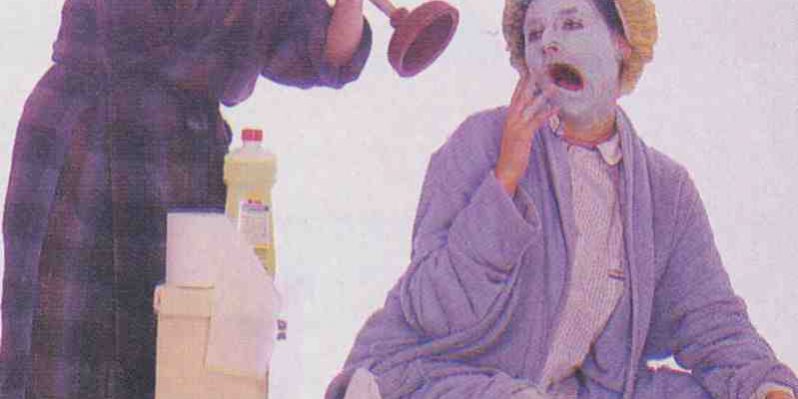 Recently, I binge-watched GLOW, the new Netflix show about ’80s women’s wrestling. Though I have not been a fan of other shows with Jenji Kohan’s name attached to it, I found this particular show really good. While Alison Brie is the big name, it’s actually a wonderful ensemble cast, and the show has a lot of humor and some feel good storytelling. I got more excited for the big main event match in the season finale than anything that ever happened on Breaking Bad. Since I enjoyed the show so much, I decided to watch the documentary on Netflix about the actual Gorgeous Ladies of Wrestling promotion.

It turns out that GLOW was right up my alley, because it is a campy delight, at least much of the time. The racial stuff does get uncomfortable even couched in camp, but the GLOW promotion was a nice mix of actually funny stuff and then a lot of stuff that was funny because of how cheesy or poorly done it was. There was a ton of rapping in GLOW, which should tell you everything you need to know. There were a lot of amusing characters showcased in the documentary, and I was so intrigued by a few of them I started looking them up on YouTube. Take Dementia, for example, whose character was that of a childish woman who was also an axe murderer. She brought an axe down to the ring with her, and sometimes she was wheeled out to the ring in a cage. However, thanks to GLOW, I now have a favorite tag team of all time. I speak of The Housewives.

Phyllis and Arlene took the bus to the GLOW arena in Las Vegas in order to put the scantily-clad ladies of GLOW in their place. They wore their hair in curlers, had cold cream all over their faces, and wrestled in bathrobes. Additionally, they came out to the ring with bags full of household accoutrements. Plungers, toilet brushes, tongs, and so on. The Housewives were always complaining about something, either the crowd being too loud or the ring ropes being too high. Then basically all of their matches would turn into hardcore matches, because it didn’t take long before somebody was being hit upside the head with a frying pan. It was a genuinely funny schtick, which is rare in pro wrestling. I watched every Housewives match on YouTube, and I wish there were more.

Oh also, the Willinskys were both awful wrestlers. They really didn’t know what they were doing in the ring. That only adds to the charm.