How graphics improved over time in the slot industry 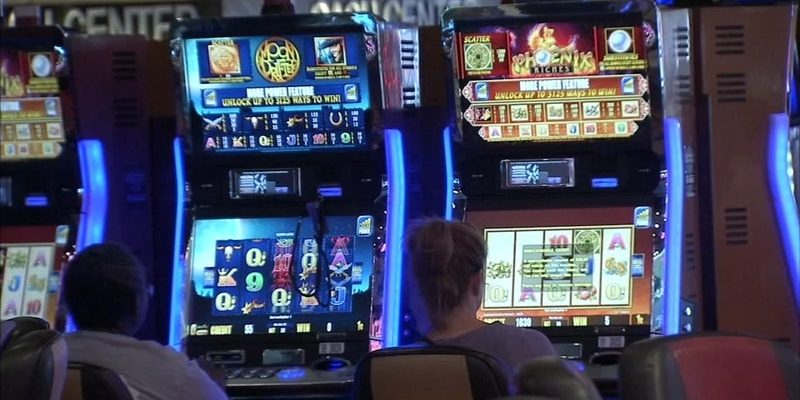 For the ‘serious’ gambler, the notion of the graphics of a slot machine being important may seem somewhat fanciful. The point about slot machines, however – both online and their real world, casino based counterparts – is that they’re not intended to be taken too seriously. While it’s true that some of the more popular progressive slots offer players the chance to win life-changing amounts of money, the vast majority of slots are intended to be fun to play at the same time as offering the possibility of winnings along the way.

This is reflected in the fact that there’s not really any such thing as a winning strategy for playing slots. You can plan before playing in terms of how much money you’re willing to risk in total, and also choose a machine carefully based on factors like the Return To Player (RTP) percentage and whether the machine is a high or low volatility machine, but the essentially random nature of slots makes a mockery of the idea that you can plan how and when to bet. Put simply, the Random Number Generator (RNG) at the heart of a modern slot machine treats every single spin of the reels as a unique and self-contained event, meaning that your chances of winning on any given spin are exactly the same as they were on the thousand spins before and the thousand spins after.

All of which brings us to the topic of graphics. As stated, hard-core gamblers may not care about the pattern on the back of their playing cards when they’re enjoying a hand of poker, but for those playing slot machines – particularly the most advanced online slot machines – the graphics work alongside the sound effects to provide a full blown entertainment package. Any websites which are comparing online casinos are going to feature a section on the visual appeal of that casino, as well as the appearance of the slots and individual games. This is the reason why so many slot machines are themed around well-known and recognisable entertainment franchises such as films (Jumanji, Aliens, Ghostbusters), superheroes (Superman, Captain America, Iron Man) and even rock stars (Guns ‘n Roses, Kiss, Elvis). It’s also why the most modern slots make use of the kind of gameplay and visuals more commonly found in the most advanced video games, with characters, levels and cut scenes that turn playing the slots into a visual experience as much as a simple form of gambling.

It wasn’t always like this of course. The earliest ever slot machine was a three reel mechanical model which used simple playing card symbols attached to physical reels which spun on the pull of a lever. For many decades the graphic content of slot machines remained relatively simple. The playing card symbols were gradually supplanted by favourites such as the lucky seven, fruit symbols, bells and the BAR symbol, and the introduction of electricity meant that flashing light displays became a part of the slot repertoire. The first game to truly embrace the combination of the mechanical and the electrical was Bally’s Money Honey. As well as a striking flashing display which makes it the kind of slot to be featured in films attempting to capture the glamour of Vega in the sixties, it was also innovative in its use of an electric motor to spin the reels and an electric hopper capable of holding a far larger amount of coins than earlier machines could manage, thus increasing the jackpots on offer.

The next leap forward in slot machine graphics came in 1976 with the launch of the world’s first video slot machine. This was the Fortune Coin slot machine and the video display in question was created courtesy of a 19 inch Sony TV set. For a while, it was based only in Las Vegas Nevada (specifically the Hilton Hotel), but the graphics, which may seem primitive by today’s standards but which were then revolutionary, led to it becoming incredibly popular. By 1978, leading developers International Game Technology (IGT) had purchased Fortune Coin on the back of the video slot, and the era of video graphics was truly upon us.

Once video slots became the norm, and particularly following the emergence of online slot machines in the mid to late nineties, developers found themselves with working with two factors which prompted them to push the graphic envelope further and further. The first if these was a growing worldwide audience, many of whom had grown up on a diet of video games and expected their online casino experience to pack the same kind of visual punch. The second was the fact that people could now access online slots via a range of devices – first of all desktop but increasingly mobile – which packed a massive amount of processing power. This resulted in the development of slots such as Gonzo’s Quest, which was released in 2011 and featured reels which, instead of spinning, dropped into place, Tetris-style, from the top of the screen. Innovations such as this soon led to the development of slots like Jack and the Beanstalk, which was developed by NetEnt and released in 2013. Instead of a simple slot machine with a few added bells and whistles, Jack and the Beanstalk took the graphic bull by the horns and opened with the kind of richly animated cut scene that, until then, would only be seen launching the latest video game release.

Games like Jack and the Beanstalk marked the emergence of 3D slots, the slightly misleading game given to the next generation of slot machines. The name is misleading because the slots aren’t 3D in the manner of 3D films requiring special glasses to be worn. Instead, they make use of highly detailed animation and characterisation to transform the act of playing slots into one of entering a highly specific world of gameplay. Although the worlds of Augmented and Virtual Reality seem set to be the next areas which the developers of slots will explore, the best visuals currently available are to be found in the most impressive of the online slots that can be played. Examples of those with the most stunning themes, animations and effects include the following:

Warlords: Crystals of Power – lavish opening scenes and a rich visual style throughout.
Arctic Valor – a slot which uses technology and artistry to recreate the visuals of the polar ice caps and frozen mountain ranges.
Raging Rex – opens with a clip of a dinosaur rampaging through the jungle, and maintains the same high levels of visual impact throughout the rest of the game – from the symbols to the real and the background animations.