How to Get Started in Designing HTML5 Web Games 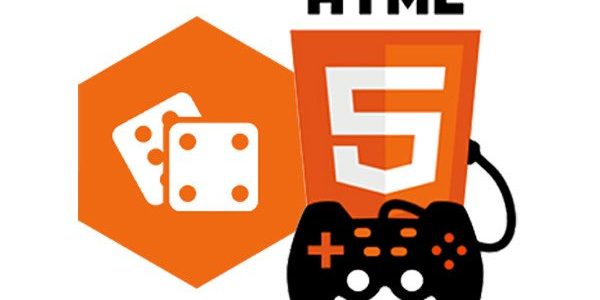 To the uninitiated and the non-tech-minded, the general consensus would be that video games are made by teams of coding wizards in super-cool offices in the hip part of the city.

For the major franchises like Call of Duty, Grand Theft Auto and FIFA, that much is certainly true.

But there has also been a growth in the number of independent game developers bursting onto the scene, and this has been facilitated by the rising number of people who enjoy nothing more than kicking back with their favourite games on their smartphone.

Just look at the stats: some 74 cents of every dollar spent on the App Store goes on purchasing games, with 2.2 billion mobile gamers active on a daily basis worldwide.

At the height of its notoriety, Pokemon Go was grossing more than $1.4 million every single day.

So there are millions of reasons why developing your own mobile games could well prove to be a smart investment, and the cool thing is that you only need the most basic of HTML5 knowledge to get involved.

No Experience Necessary
Like most things in life, fledgeling game developers have to start somewhere. And these days, that tends to be in making quirky little titles that capture the imagination of players based upon a captivating storyline or quirky gameworld.

Take thatgamecompany’s Journey, for example. This quirky platform game, in which you direct a face-less character around a seemingly never-ending desert, is still moving and powerful in its own right, winning BAFTA Games awards and countless game of the year nominations into the bargain.

Best of all, it was cheap to make and did not require expensive studios or squads of developers cherry-picked from around the world. Compare and contrast that to the likes of Rockstar Games, who have offices all over the globe and employ more than 2,000 people.

We can strip the concept back even further and take a look at a title like Super Meat Boy, one of the primary examples of HTML5 gaming brilliance. Designed and developed by just two people, Edmund McMillen and Jonathan McEntee, in a span of three weeks, Super Meat Boy has now sold more than one million copies – not bad for a game designed in somebody’s bedroom.

It’s not just platform games and fictional tales that capture the imagination, either. Some corporate entities are utilizing HTML5 in their platforms, from casino brands to bingo sites like Buzz Bingo, and Bestnewbingosites.co.uk whose online bingo games and online slots are built using the software. The upshot? They are easy to play on all types of different devices thanks to their low processing requirements.

Brilliant Building Blocks
If you want to start building your own HTML5 games, you will, of course, need to download the software itself and a couple of accompanying packages, CSS3 and JavaScript.

The actual process of building your game is not easy, so don’t be afraid to utilize the information available at fantastic resources such as Unity and GameDev Academy.

In the meantime, here are some quick and easy tips for you to follow:

Know the type of game you wish to make.
RPGs and basic platformers are the easiest for would-be developers to build on their first project because they have fewer “moving parts”.

Sketch out how you want your game to look.
Don’t worry, you don’t need to be Pablo Picasso here. But do draw out how you envisage how your game’s landscape should look, and use this as a blueprint for your build. Remember: the more basic, the better on your first development.

Try to create a unique game world.
One of the reasons HTML5 games often capture the imagination is that they are different from the norm. They might exist in a game world that has never been seen before or feature unforgettable characters that somehow manage to outgrow the game itself. After all, gameplay and originality are what helps indie games stand out from their competitors most of the time.

Make a budget and stick to it.
Most of the software you will need to build your HTML5 game is available for free, but there is always that temptation to explore paid-for tools that can enhance your title yet further. But is that really the road you want to go down with your first attempt at gaming greatness? It’s better to start small, with free tools, and work your way up if you see yourself learning and committing more to this pursuit.

Hopefully, this article has given you the confidence and the knowhow to get started with your HTML5 game. Who knows where the journey might lead you….