Get Your First Look at the ‘Rocko’s Modern Life’ Reboot 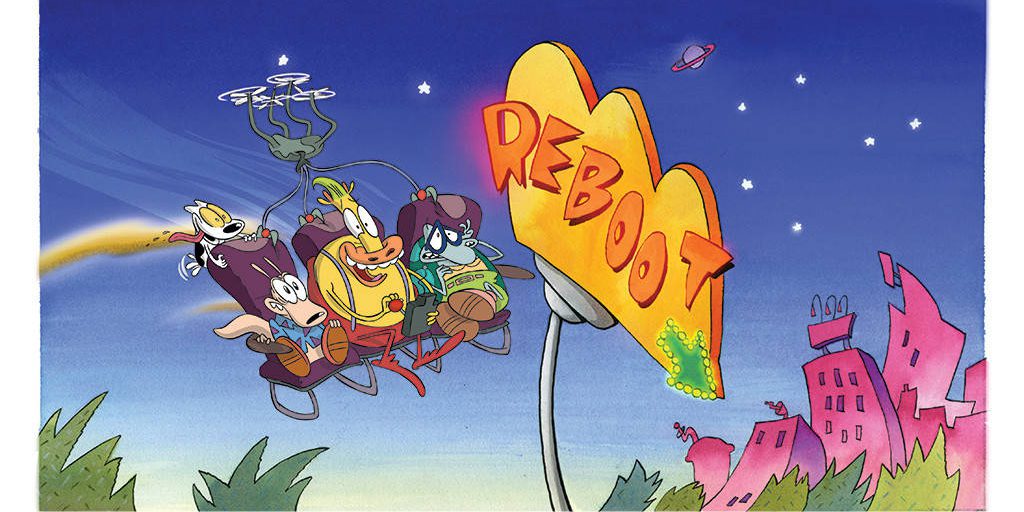 So apparently, Rocko, Heffer, and Filburt of Rocko’s Modern Life have been in space for the last twenty years.

But original network Nickelodeon has apparently brought them back to Earth, with an hour-long reboot of the 90’s cartoon series, Rocko’s Modern Life: Static Cling, in which the trio is introduced to life in the 21st century. And while pals Filburt and Heffer are right at home amongst all the Buzzbucks and food trucks, Rocko’s having a hell of a bad case of anachronism.

The trailer, which you can watch below, shows the gang right as they return home, only to realize that they’re not in quite the same decade they were in when they departed. Heffer and Filburt run rampant with glee through the consumer-catering techie world of modern technical delights that some of us older millenials may have forgotten weren’t really a thing when we were watching the original Rocko’s Modern Life back in the 90’s. (And frankly, I keep imagining Filburt updating his usual mantra to “click the link, wash your hands.”) Rocko remains the ever-cautious voice of reason, presenting an almost Orwellian view on the perils and pitfalls of modern comforts, like a page fresh out of 1984 – although this is more like a cel out of 1993. Rocko experiences the not-quite-so-pleasant realities of those amenities and is determined that modern society is in danger of becoming slaves to technology (cough). He stands firm in his belief that his nostalgia for the past can counteract the bitter soullessness of the present. Good to see that even twenty-two years later, his naive optimism hasn’t much changed.

The hour-long film special, as even more of a blast from the past, features the entire main and supporting cast from the original series lending their vocal talents, along with a few newcomers, such as Adventure Time’s Steven Little, voicing a few new faces.

Rocko’s Modern Life gets a little bit more modern on Nickelodeon in 2018.