Gameplay Trailer For ‘Steven Universe: Save The Light’ Crashes Comic-Con 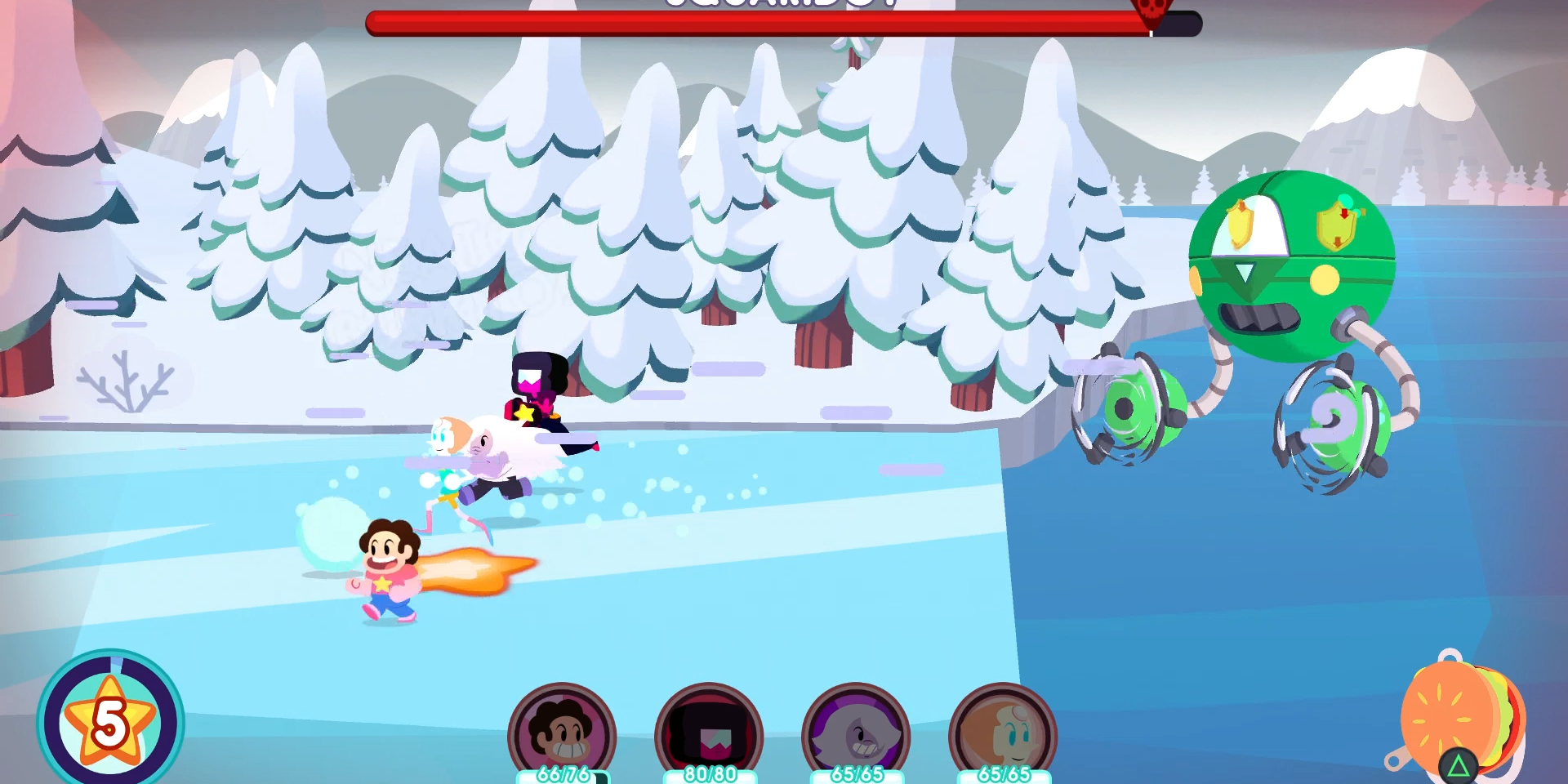 Fans of Cartoon Network’s cult-favorite animated hit Steven Universe got a surprisingly great tie-in game with 2015’s Attack the Light, a mobile title that smartly mixed the series’ imaginative world and colorful characters with a deep, yet accessible role-playing entry that was hard to put down. Building on the appeal and success of their little-RPG-that-could, developer Grumpyface Studios–along with Cartoon Network Games–are back with a bigger, better, more ambitious sequel that’s forgoing the iOS and Android platforms in favor of a full-on console release.

San Digeo Comic-Con attendees were treated to the first footage of the follow-up, dubbed Save the Light, which lands sometime this fall on PlayStation 4 and Xbox One. For a look at new characters, butt-kicking powers, a guitar-strumming Mr. Universe, and a gem exclusive to the game, spy the trailer below.

According to Cartoon Network’s official description, Save the Light is, “An original adventure developed by Cartoon Network and Grumpyface Studios in partnership with Steven Universe series creator Rebecca Sugar.” The sequel will allow players to assemble a party of eight unique heroes, including new playable characters like Peridot, Greg Universe and others that are yet to be revealed. Fans will explore vibrant 3D environments as they search for and uncover fresh challenges and new powers for their team.