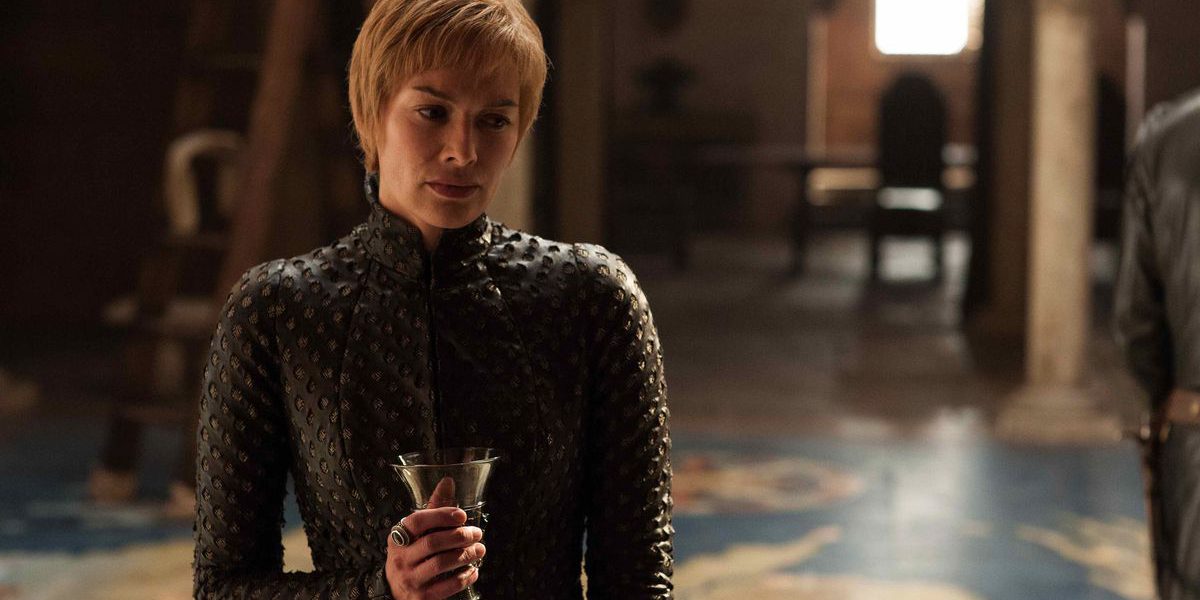 It’s may be 95 degrees in California, but Winter is coming in Game of Thrones Season Seven, which is now available on HBO.

Quiet in the realm! Old Walder Frey held two feasts in a single fortnight so it’s time to toast to, “no more of that Danish horse piss.” Old Walder gave “proper wine” to celebrate the slaughter of the Starks at the Red Wedding. Walder Frey continues on: “but you didn’t kill every single one of the Starks. No, no. That was your mistake.” All of the men start coughing up blood, choking, and gasping. “Leave one wolf alive and the sheep are never safe,” he continues. Walder Frey proceeds to rip off his own face and turns into Arya Stark. “When people ask you what happened here, you tell them the North remembers. Tell them winter came for House Frey.”

During the storm, Meera Reed (Ellie Kendrick), daughter of Howland Reed, drags Brendan Stark to the gates. In the meantime, it’s time to start training every man, boy, woman, and girl on Bear Island. Called upon by Jon Snow (Kit Harrington), Ned Umber and Alys Karstark serve as bannermen and come to aid whenever they are called upon. Both Ned and Alys promise to stand together now and always. Sansa wants Jon to be smarter than their father as he made stupid mistakes and lost his head for it. All Sansa really wants is for Jon to listen to her. Would that be so terrible?!

The Lannisters are wondering where their allies are now. Stressed, they know they can’t win this war alone. Cersei Lannister invited Euron Greyjoy, the new King of the Iron Island, to King’s Landing.

Ed Sheeran also plays part of an army to help keep the peace in this season of Game of Thrones.