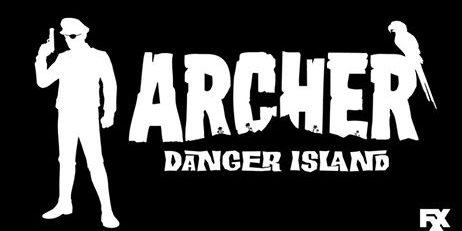 It looks like Archer has left the spy genre behind him for good, as this year’s San Diego Comic-Con panel gave us a brief glimpse into the Hanna-Barbera-esque season 9 of the popular show. Taking place in 1939 on a tropical island, Danger Island presents the cast in a new set of roles and even names, continuing the series’ trend of the past two seasons of taking the cast to new and spectacular settings and circumstances.

Creator Adam Reed has built his career on drawing inspiration from early Hanna-Barbera cartoons. The brains behind Sealab 2021 and Frisky Dingo also brought iconic H-B tropes to Archer during its 8-series run, although those tropes were usually limited into only one or two episodes apiece. The show saw a temporary departure from its trademark spy antics in Archer: Vice (season 5) and for good as of season 7, as it explored new directions. At this year’s San Diego Comic-Con, the Archer panel, headed by co-creator Matt Thompson and the majority of the main vocal cast (sans Chris Parnell, the voice of Cyril Figgis), gave us a first glance into season 9. And while the new season maintains the show’s departure from the spy genre, it does draw the most heavily from classic Hanna-Barbera, primarily the eponymous live-action serial Danger Island. The series touched on that particular theme in season 3 opener “Heart of Archness,” and while we won’t see the return of silver fox Rip Riley, his character will be a portmanteau of Archer’s new role of seaplane pilot John Sterling Archer (with an eyepatch, as an obvious nod to when Riley had his own eye stabbed out with a spoon.)

The other characters will also be taking on new names and roles for the series, with Archer teaming up with rough and ready co-pilot Pam, Malory as his acid-tongued mother, bar owner and former spy,  Lana as Princess Lanaluakalalani, Cheryl/Carol as heiress and newlywed Charlotte Vandertunt, Cyril as a German spy (whose last name is a mispronounced Fuchs) posing as a breadfruit explorer, and Krieger, best of all, as Crackers, the smart-mouthed parrot sidekick.

Archer: Danger Island will premiere in 2018, and will be the second-to-last season of the series.