‘Friends From College’ Review: Netflix Series Fails To Be Funny 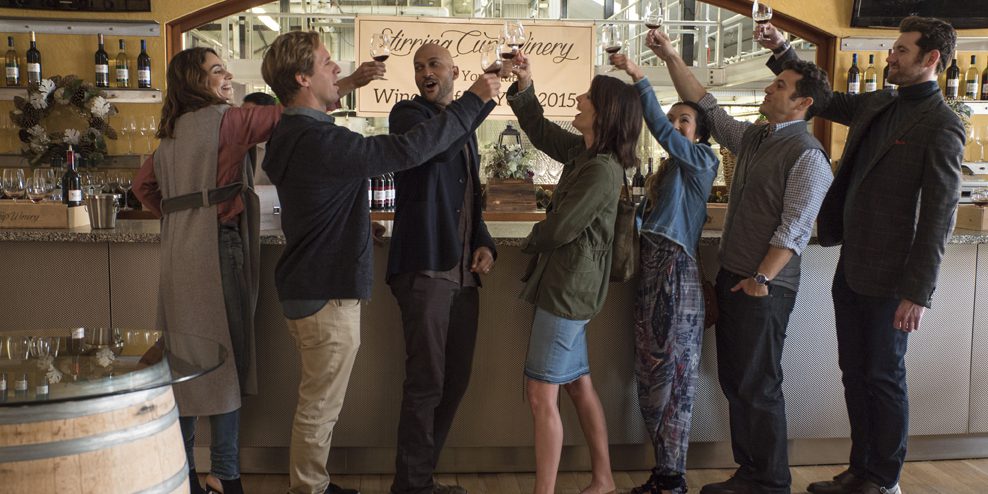 Directed by Nicholas Stoller (Neighbors), Friends From College Netflix Original series is about a group of friends who went to Harvard together and reunite in New York City.

Friends From College centers around Lisa (Cobie Smulders), an attorney, and Ethan (Keegan-Michael Key), a writer. Lisa and Ethan decide to leave their life in Chicago to move to New York, which reconnects them with their old group of friends from Harvard.

Lisa and Ethan crash at their friend Marianne’s (Jae Suh Park) apartment. “Last week we were professional adults who were living in a house. We moved here and turned 19 again.”

Ethan is married to Lisa but has been having an affair with Sam (Annie Parisse), Lisa’s best friend. The two have been meeting up for a long-distance affair, but now that they’re in the same city, it’s even more complicated.

Netflix’s Friends From College series is really about a group of friends living in the past and struggling to cope as adults in the real world.

Friends From College fails to be funny, however, and we’d expect more from the group of actors: Keegan-Michael Key, Cobie Smulders, Fred Savage, and Kate McKinnon We’ll be shocked if this series gets renewed for a second season.