‘Friends From College’ Gets A Second Season From Netflix 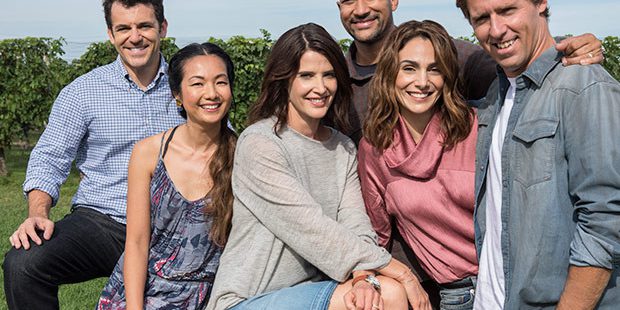 With Netflix’s sudden penchant for cancelling shows, and with the big announcements they’ve made about new programming recently, shows that are on the bubble aren’t safe. One of those shows was the new ensemble comedy Friends from College, which dropped its first season somewhat recently. Well, those who enjoyed the show can breathe a sigh of relief, because Friends from College has gotten a second season.

The title of the show is self-explanatory, but it’s worth noting that the cast includes Keegan-Michael Key, Cobie Smulders, Fred Savage, Nat Faxon, and others. So, you know, it’s a show about middle-aged college friends dealing with, in the words of Netflix’s press release, “old friendships, former romantic entanglements and balancing adult life with nostalgia for the past.”

That’s an impressive cast, and the show was also co-created by Nicholas Stoller, who has worked on movies such as Neighbors and Forgetting Sarah Marshall. That being said, Friends from College has gotten middling reviews from critics, at best. Then again, critics largely excoriated Fuller House, and that show reportedly has a huge audience. While you don’t hear as many people talking about Friends from College, Netflix must be happy with its performance. That, or they are just happy to have Key on one of their original programs. Who could blame them?