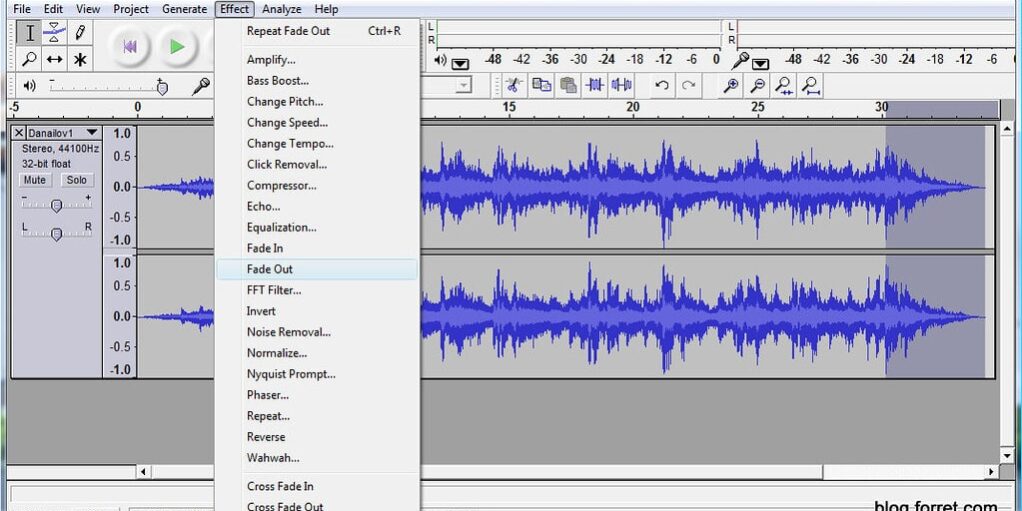 Early in 2021, Audacity was taken over by Muse Group but since then they’ve been criticized for changing their privacy policy. The updated policy allegedly includes invasive data collection practices and customers are worried about sharing their personal data. If you’re concerned with the changes, we cover five free alternatives for Audacity.

Audacity has been our favorite free audio editor for many years and the 3.0.2 version is still fine to use. The changes causing all the controversy is version 3.0.3, which was released on July 26 2021.

If you have an older computer with low system specs Wavosaur should be your first choice because it’s very light on system resources. Speaking of features, you’ll find the usual functions to cut, copy, paste, record, create music loops and batch converting of files along with advanced features to auto, trim, crossfade, looping and lets you edit more than one file at a time. It also includes support for VST plugins to enhance its functionality. For windows only Wavosaur has a very small size for both 32 and 64-bit
systems. A quick start guide is also available on their downloads page to help you get started.

Bear audio lacks many of the tools in Audacity, it’s intended for people needing something quick and easy to use. There’s no software to install as it’s web-based. This online audio editor is for those needing an easy way to cut and delete audio merge clips and adjust the audio with the ability to fade the audio. It also lets you record your voice and supports popular file formats including wave and mp3.

DaVinci Resolve is well known as being one the best video editing software and it’s also one of the best for audio editing as well. A few years back they acquired the digital audio workstation Fairlight and decided to give it away for free as part of DaVinci Resolve with the ability to use it solely just for editing audio. Unlike Bear Audio this program is geared towards power users and you’ll need a beefy computer to handle it. If your PC can run it, you’ll get just about every audio editing feature you’ll ever need. Fairlight allows for the editing of up to 2000 tracks at once with real-time effects along with third-party plug-in support. The latest free version of DaVinci Resolve is 17 and is available for windows LInux and macOS.

With many forks currently in development using the open source code of Audacity at this time this is the best one we’ve used. It’s basically the same as Audacity with a few minor tweaks including a native dark mode other minor changes include rearranging of the menus and simplified toolbars so if you’re comfortable with Audacity and want to switch to something similar this should fit your needs nicely. Currently Dark Audacity is only available for Windows and would have been number one on our list if we’re also available for Linux and Mac.

Ocenaudio is simple enough for new users and is loaded with just about every feature included with Audacity to satisfy power users. Some of its key features include the ability to adjust the controls of effects in real time, multi-selection support to edit parts of the audio file, at the same time supports VST plugins, giving access to additional effects and supports the most popular audio formats including FLAC high-resolution files. Ocenaudio is available for all three of the major operating systems windows, Mac and Linux.