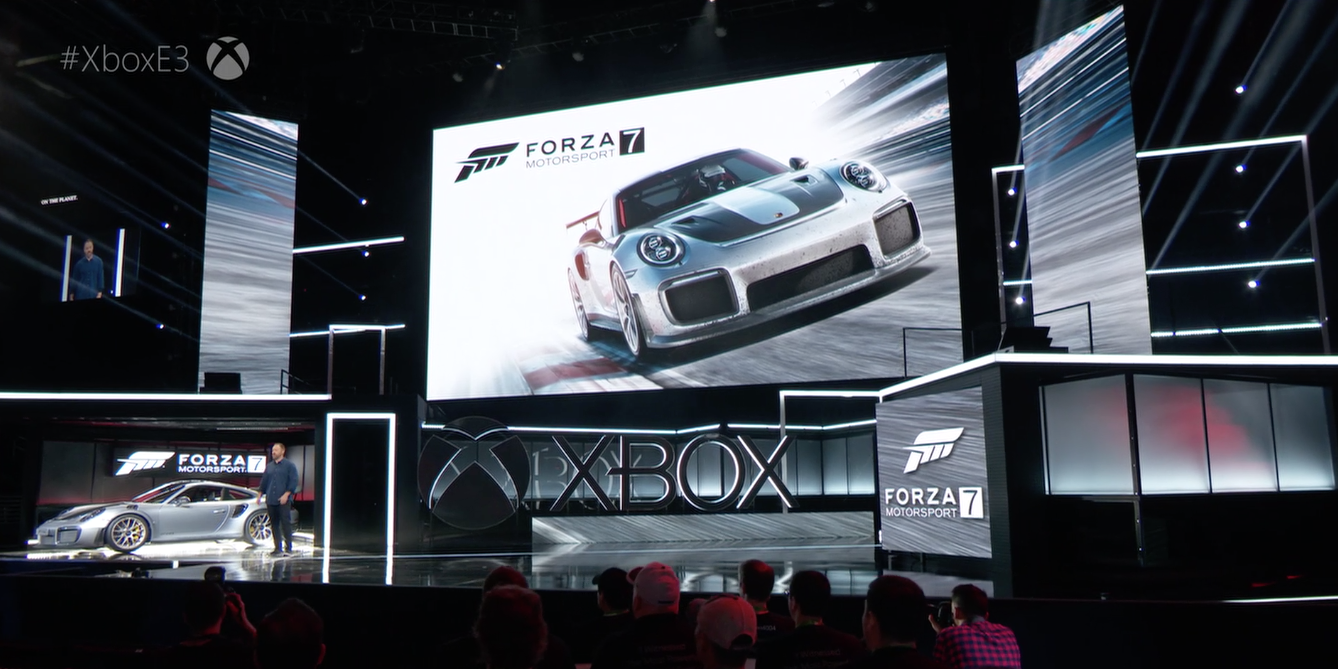 During its E3 2017 briefing, Microsoft announced that Forza Motorsport 7 will be launched on October 3 for Xbox One and Windows 10.

Microsoft showed off the premiere video for Forza 7, which looked absolutely incredible. Forza Motorsport 7 runs at 4K and 60 frames per second, and is designed for gamers with 4K TVs.

Dan Greenawalt, the head of Turn 10, introduced the 2018 Porsche 911 GT2RS. Microsoft announced a partnership with Porsche, earlier this year.

“We entered this premium partnership with Porsche as a result of their shared passion for sports cars and motorsport. Porsche has a rich history of motorsport which combined with Turn 10’s unrivaled position in digital racing entertainment has formed the basis for a new and exciting form of seamlessly integrated racing entertainment,” said Alan Hartman, Studio Head at Turn 10 Studios in a blog post.

Microsoft released a new trailer for the racing game during its Xbox E3 press conference and you can watch it below.

“Collect over 700 Forzavista™ cars, including the largest assortment of Ferraris, Porsches, and Lamborghinis ever. Master over 30 famous environments with race conditions that change every time you race,” the game’s description reads on YouTube.