Five Games That Will Change Your Mind About Online Casino 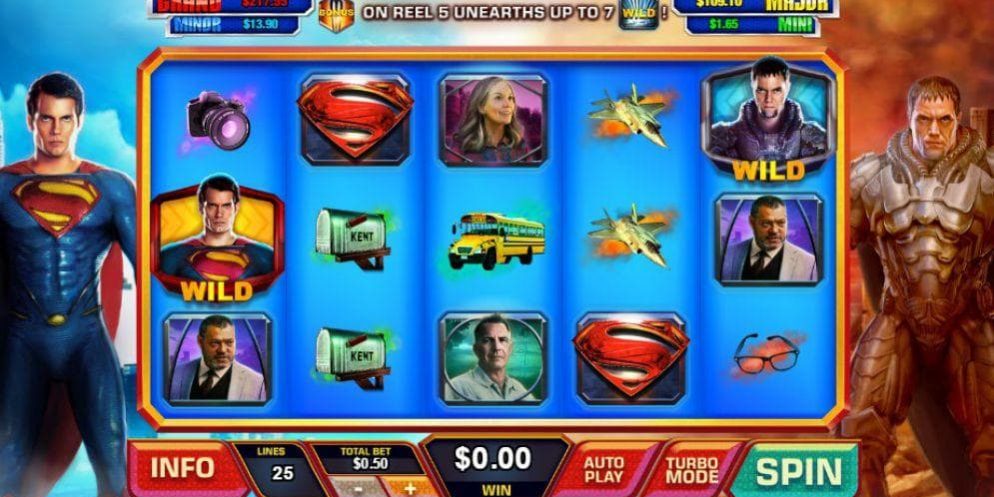 Online casino games have come a long way in recent years, with the differences being as stark as those between modern video games and retro ones. In fact, casino games have followed a similar trajectory to video games, being more likely to have sequels and big budgets than ever before.

Yes, we used the term ‘big budgets’ to describe casino games there, because there has been a wind-change in creating content, with games developers likely to use licenced material from movie studios, television show and so on. In light of that, we are going to bring you a list of the top five casino games that will completely blow you away:

Based on the 2013 Zack Snyder film, Man of Steel slot is ambitious and innovative, using real clips from the movie to sell its narrative. Even after two years, it remains one of the most popular games at Mansion Casino Canada, with players eager to experience the special features like Battle for Earth Free Games or World Engine Bonus. The former awards you unlimited free spins up until the point that General Zod defeats Henry Cavil’s Superman on screen. The game is also tied into other DC Comics casino games (there are around 20 in titles), which share a progressive jackpot network.

As mentioned, this is meant to change what you think of casino games. So, you might not think that Dirty Dancing as the most fertile source material to base a serious casino game on, but somehow it works. The game looks like a shrine to the neon-dripping 1980s, but there are loads of cool features and side games that can also add to the fun. Again, while the subject matter might feel bit vanilla, Dirty Dancing also has a huge progressive jackpot. A prime example of how developers can create gold out of sketchy source material.

The slot based on the Russell Crowe Oscar-winning film has been around for a while, but players keep flocking back to it. A big reason is the Gladiator jackpot game, which has made several millionaires down the years. The main game has plenty to excite too, with stunning graphics and special free spins awards with enhanced features. A long-awaited sequel arrived this year, Gladiator: Road to Rome, with the two titles tying into each other for the jackpot game.

Age of the Gods

Playtech’s signature series, which even rivals DC Comics games in terms of scope and innovation. Age of the Gods is based on heroes and legends of Greek mythology, with gods like Athena, Zeus and Poseidon getting their own individual games, and then coming together for others. It’s difficult to choose the best in the series, but we recommend you start with the original Age of the Gods game, which offers a little bit of everything.

All the games mentioned previously are steeped in special features and bonus games, whereas Buffalo Blitz keeps things rather simple. Its calling card, however, is a unique payline structure with 4096 ways to win in ever spin. The fact that you can fill the entire reel-set with the same high-paying buffalo symbols means that players are kept on the edge of their seats.