The First Trailer For Marvel’s ‘Inhumans’ Is Here 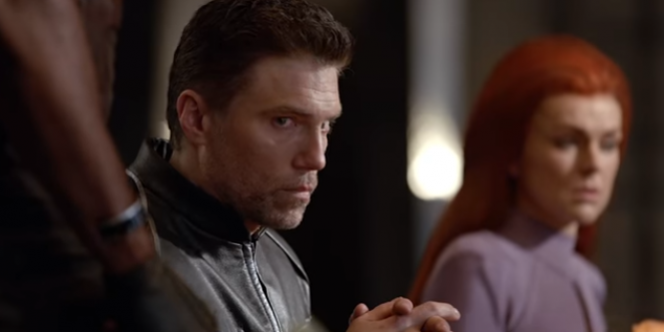 When we saw the first image of the upcoming ABC series Inhumans, there were those that were concerned. The show is based on a Marvel comic featuring super-powerful people whose powers are perhaps going to be difficult to make manifest on a network TV show. At least in photographic form, Inhumans looked like it might not live up to the comic. Now, though, the first trailer for Inhumans is out, giving us our first real look at the show.

Inhumans focuses on the royal family of Attilan, led by Black Bolt, played by Anson Mount. Black Bolt’s voice is so powerful that even whispering can cause destruction. Yes, that means the main character of the show can’t really talk, and spends almost the entire show silent. That’s a bold choice for a TV show. On the other hand, there is a giant teleporting dog named Lockjaw. On a third hand, the CGI for the dog doesn’t look great.

For a show about people with superpowers, we don’t see much of their powers in action in the trailer. That could be a bad sign, or maybe they were just focused on trying to lay out the story. Marvel’s TV shows have been sort of hit-or-miss, and it’s hard to have a ton of confidence in Inhumans at this point. Perhaps we’ll be proven wrong, though. The show will debut in IMAX theaters on September 1, before debuting on ABC on September 29.