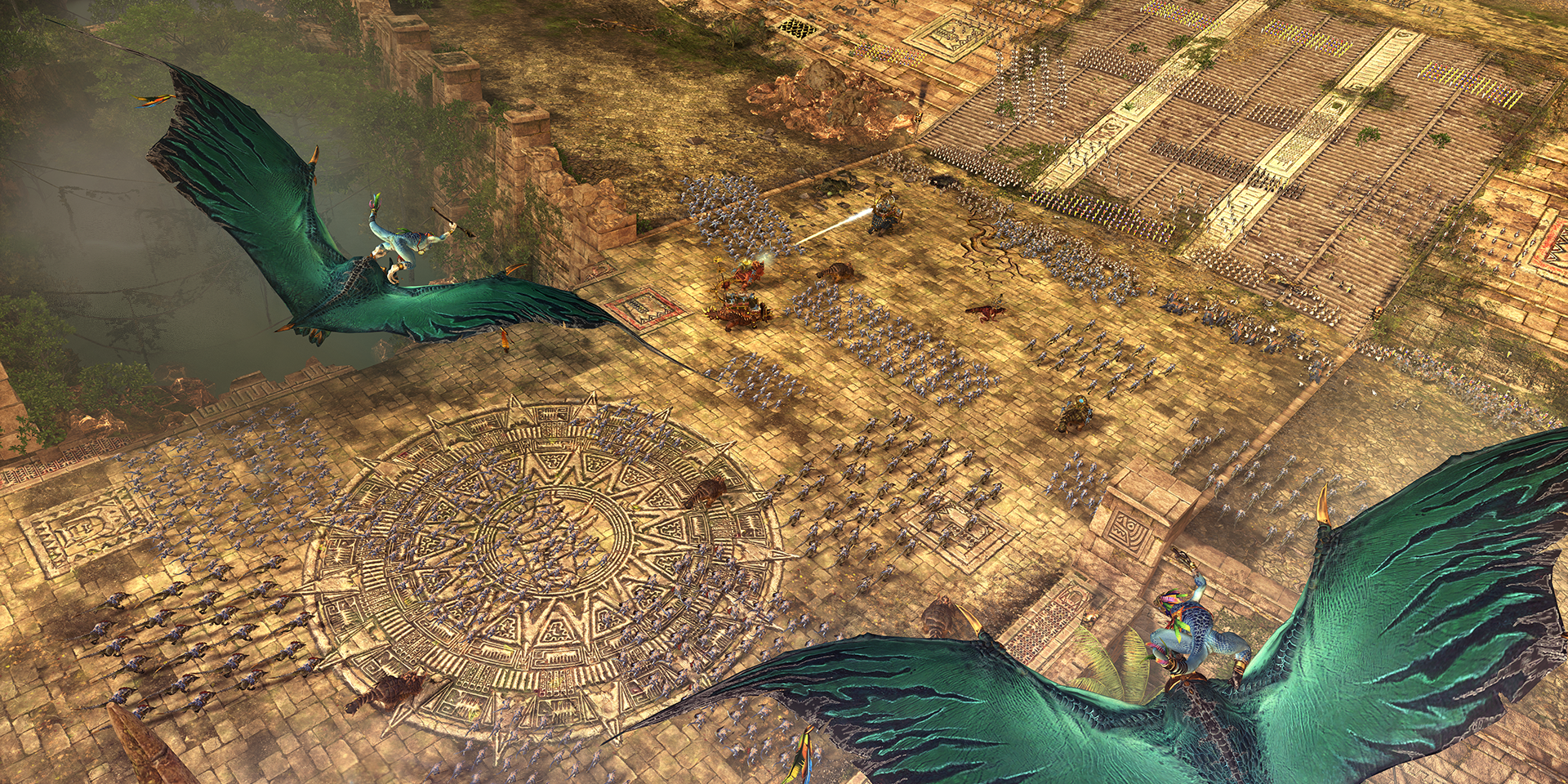 Total War: Warhammer II doesn’t hit until September 28th, but fans of the fantasy-fueled, strategy-focused sequel can get a taste of the game’s new High Elf units via an in-depth video released by developer Creative Assembly. Featuring nearly 12 minutes of in-game footage, the video shows the defensive race bringing the pain to an army of aggressive Lizardmen attackers.

Following a masterful mix of archery skills and brutal melee maneuvers, the ancient highborn army counterattacks with winged elemental beasts that’d make Game of Thrones‘ “Mother of Dragons” proud. Among the new units showcasing their ability to turn the tides of battle are the Flamespyre Phoenix–and its Frostheart variant–as well as the Dragon Princes of Caledor. The former’s capable of smartly balancing fire and freeze powers to turn enemies to ash and ice, while the latter is a top-tier, dragon armor-clad cavalry unit that’s immune to fire. And lets not forget the heavily-armored Phoenix Guard, a blade-wielding bad-ass who cleaves through the biggest threats like warm butter.

The developer-steered video is a work-in-progress, but still offers a satisfying glimpse of the game’s High Elf units in all their enemy-eviscerating glory. The footage also gives a closer look at the series’ polished production values, and unique blend of turn-based strategy and real-time tactics. Last year’s Total War: Warhammer was one of 2016’s best strategy titles, and the sequel’s looking like a worthy follow-up. We look forward to unleashing hell from behind our own army of High Elves when the game lands like a fire-breathing beastie this Fall.