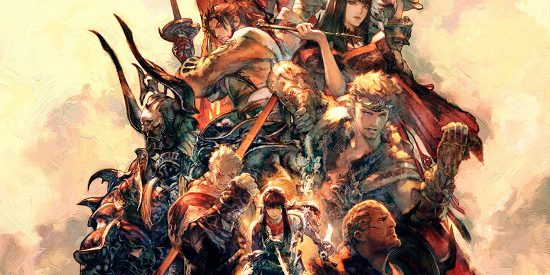 Warriors of Light now have the chance to play the newly-introduced and much-anticipated Samurai and Red Mage jobs, for short and mid-range melee combat respectively. The expansion also raises the level cap from 60 to 70 so players can beef up just in time for the newly revamped PvP battle system. Job actions will now have PvP-exclusive counterparts, which can be selected for a customized skillset to match any PvP playstyle

Outside of updated battle specs, Stormblood expands the playable universe of FFXIV with swimming and diving, and a fourth Residential District, Shirogane. Players can explore the waters of Eorzea to fulfill main and sidequests, or can venture even further beyond Eorzea’s shores to explore the Far East-inspired island of Shirogane. While the new district is available to explore with the expansion’s release, plots of land are not yet available for purchase until a later patch. Finally, new Beast Tribes and Primals include the ancient, all-female Ananta tribe in the mountains of Gyr Abania, and the skilled underwater traders of the Kojin tribe.

Additionally, beyond battling and exploring, the expansion brings in new gear and crafting recipes, along with an expended item inventory to hold it all.

Future patches will include a new high-level raid “The Bend of Time – Omega” and alliance raid “Return to Ivalice.” Diehard fans will remember the latter from Final Fantasy Tactics, and indeed, creator Yasumi Matsuno teams up with Keita Amemiya as the raid’s special guest creators. Others will hail the return of Omega to the FFXIV storyline and the revelation of its reappearance through the game.

FINAL FANTASY XIV: Stormblood is available now for PlayStation 4, Windows PC and Mac for $39.99, and includes the ability to play Heavensward. The Collector’s Edition is available exclusively from the Square Enix Online Store for $199.99, with digital upgrades available on the Mog Station. If you’re a new player, Final Fantasy XIV: A Realm Reborn is now being sold as the Starter Edition, retailing for $19.99, while the Complete Edition (which includes A Realm Reborn, Heavensward and Stormblood) retails for $59.99.