Why a Female Doctor Who Matters 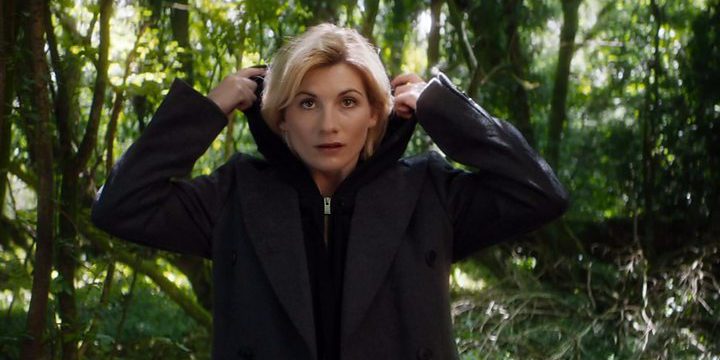 As soon as it was announced that the 13th Doctor in the BBC’s long-running Doctor Who series would be portrayed by actress Jodi Whittaker, some have decried the casting as social justice gone amok. And it hasn’t been just the guys who’ve been upset; some women don’t think the Doctor should be a woman, either.

They should calm down and carry on. Seriously. The question shouldn’t be “Why is the new Doctor female?”, but why has it taken so long?

Since Doctor Who’s debut in 1963, the Doctor – a fictional, body-shifting Time Lord who flies through the universe in a phone booth-shaped spaceship – has been a white British guy. Okay, I’ll give them the British part – the series is produced by the BBC, so let the home team win the nationality game. (After all, the rest of the world doesn’t care that most sci-fi protagonists have American accents.) That said, every so often – say, whenever an actor gets tired of playing the role – the Doctor “dies” and regenerates into someone entirely different. Or, at the very least, another white guy – sometimes old, sometimes young, sometimes chubby, and sometimes thin – who looks and acts a bit eccentric.

Change is an ever-present constant in the Doctor Who universe. The Doctor changes, his supporting companions change, even his arch-enemy The Master changes over the years. It’s particularly noteworthy that The Master, a fellow Gallifreyan, was recently female, setting in-continuity precedent for alien regeneration.

Perhaps the most preposterous complaint I’ve heard is that men are losing a strong male role model. As if one female incarnation of The Doctor will wipe out more than 50 years of male-starring Whovian history. But the introduction of Peter Capaldi’s Doctor didn’t erase the work of Matt Smith, Smith didn’t undo the impact of David Tennant, and so on and so on and so on. In fact, the first Doctor was a rather frail older man; did the elderly lose a role model when he was replaced by a younger actor?

I have a confession: I’m a white guy. It’s not always wine and roses, but I recognize that I can roll out of bed in the morning, not put on any makeup, and walk down the street in a grimy t-shirt and sweatpants and not once worry about being catcalled or body-shamed. On average, I’ll have an earning potential that’s 10 to 20 percent more than women doing the same job. Nobody calls me shrill or bossy when I assert myself in a business meeting. Most of my world caters to someone who looks like me. Sure, I can’t work out at Curves and will never be on the wait staff at Hooters, but I’m okay with the 99 percent of other things I can do freely.

You know why I don’t need a Men’s March? Because every freaking day is a men’s march! Across all forms of media, men have a wealth of positive role models to choose from. Seriously, we’re going to be just fine, fellas. Remember, there was a gap of 10 years with no Doctor Who whatsoever, and yet our modern brotherhood of man somehow survived.

To me, the people who complain that a female Doctor will take away a male role model are exactly the folks who need to experience a female Doctor. How will the Doctor be treated now that he is a she? Will a male companion attempt to mansplain how the Sonic Screwdriver works? It could be educational for men to see how their role model (remember, it’s still the same person, gender-switch and all) fares under the male gaze. Story-wise, there’s a lot of material to be mined from this transition.

Don’t Worry, He’ll Be Back

As a fan of sci-fi, comics, and fantasy, I’m perplexed that my fellow geeks don’t seem to understand the cyclical nature of established icons. They treat this iteration as if it’s permanent, when – as noted above – Doctor Who is ever-changing. But in the end, the narrative almost always returns to status quo. This is especially true with comic book super-heroes: Both Superman and Captain America have “died,” been replaced, and miraculously gotten better, restoring their original incarnations. Only readers who haven’t been paying attention think that Jane Foster will be Thor forever.

So if a female actress taking on the role of The Doctor upsets you, I hope you give it a chance and wait a season or two. She will likely regenerate back into a man’s body again. Maybe this time he’ll be black, or Asian, or Latino. And maybe, just maybe, that male Doctor will regenerate into a woman again…and it won’t be an issue.