‘Far Cry 5’ Hands-On: Taking Out Cultists with a Canine Companion is a Blast 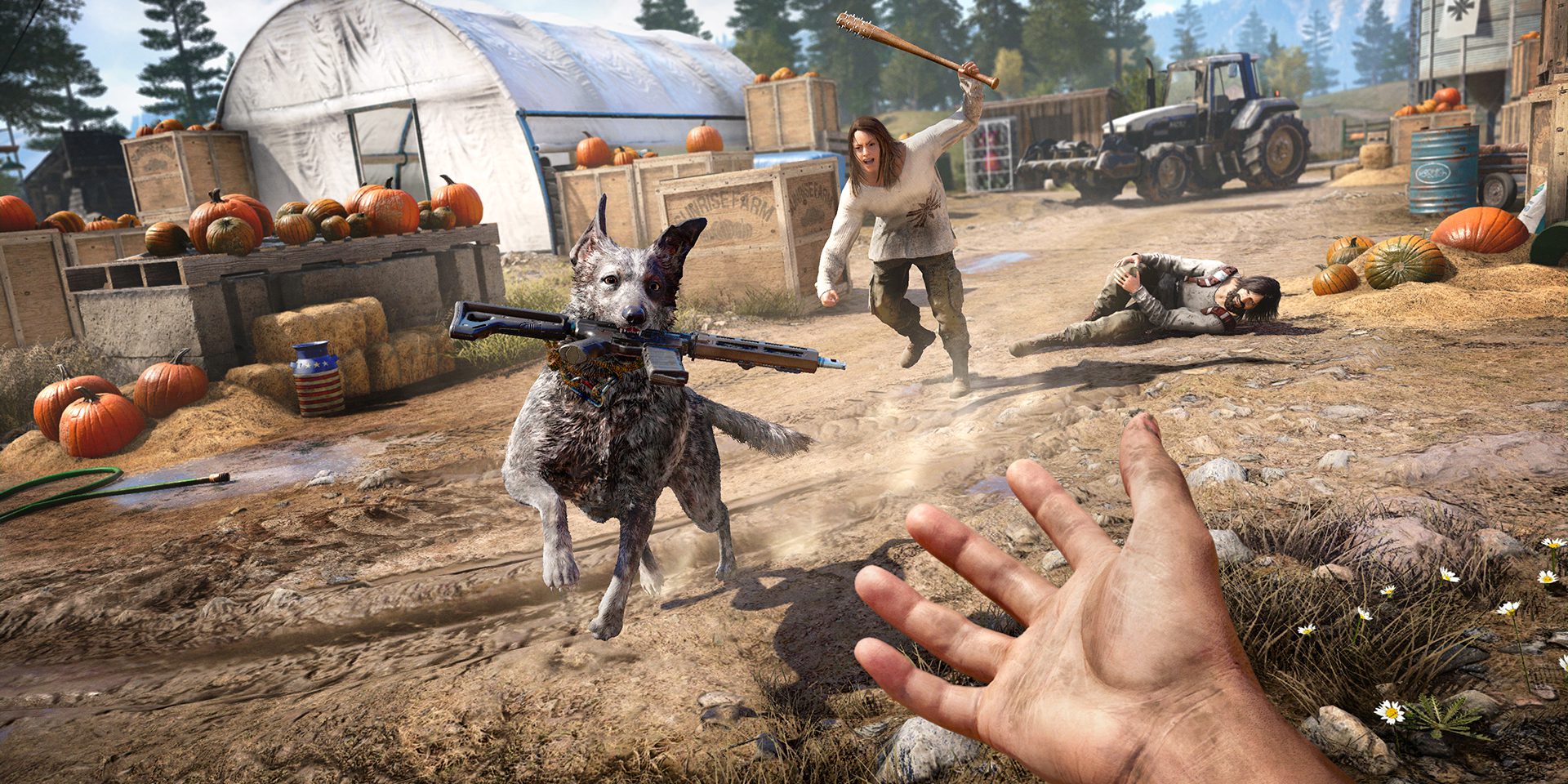 My hands-on session with Far Cry 5—the next entry in Ubisoft’s obscenely over-the-top sandbox shooter series—unfolded in Fall’s End, a tiny suburb within the game’s fictional Hope County, Montana. Boasting a whopping population of 38, the quaint, modern frontier town appeared even smaller beneath the state’s big, beautiful sky.

It’s a charming destination you wouldn’t mind discovering along a cross-country road trip…if it weren’t occupied by crazed cultists. Of course, as a sheriff’s deputy tasked with dismantling the doomsday cult known as “The Project at Eden’s Gate”, I wasn’t sent there to take in the sights or enjoy a nature hike.

With my dog Boomer by my side, representing the “fangs for hire” feature in Far Cry 5, I slowly approached the street below to assess the situation. Upon passing a billboard with “Sinners” scrawled across it, I found a tree where some of these apparent religious offenders had been hung; prior to—or perhaps after—being executed, these unfortunate victims’ faces had been covered with the skulls of slaughtered cattle.

Fearing the same disturbing fate for the folks still breathing, I continued toward the town’s center. A closer look revealed gun-toting militia members that’d forced Fall’s End’s remaining citizens to their knees for capture or execution. Following a quick command to my canine companion, I watched the energetic pup clamp his jaws around my target’s throat. With a satisfying “crunch”, the backwoods baddie slumped to his death, and Boomer brought me his assault rifle.

After giving my new four-legged best friend an approving scratch behind the ears, I had him carry out the same task until we’d cleared all enemies hanging on the outskirts of the hostage situation. With these guards silenced—quite literally, given that their vocal cords had become chew toys—I hit street-level and hid behind a fuel tanker. Upon placing some dynamite beneath the truck, I hauled my hide to safety and equipped a shotgun.

The massive blast broke my stealthy approach, but allowed me to use the distraction to my advantage. Without any commands, Boomer continued to do his part—taking down threats and occasionally retrieving goodies—while I unloaded the 12-gauge into anything that crossed my path. Within the mini war-zone, I found a few pockets where nervous cultists hovered around hostages; these instances allowed me to sneak behind my marks before introducing a baseball bat to the backside of their heads.

With the civilians saved and the streets cleared of fanatical followers, I’d successfully liberated Fall’s End. The demo didn’t dig deep into how this would affect the story going forward, but I’m guessing taking back occupied towns will add to a player’s ranks; one of Far Cry 5‘s major features is the ability to build a resistance against the cult, so it’d be awesome to see rescued townsfolk take up arms and join the fight.

While I wasn’t joined by any vengeance-seeking townies after freeing Fall’s End, I was sent to see local pilot mechanic Nick Rye. After a brief bullet-whizzing, cult-clearing exchange at the fly-boy’s residence, he let me take his seaplane for a spin. It was no joy ride, however, as I was directed to destroy silos that were hiding some serious hardware. It took a couple minutes to get the hang of the controls, but once comfortable I had little trouble delivering death from above with machine gun fire, rockets, and bombs.

My 30-minutes with Far Cry 5 barely scratched the surface of what the final experience will offer, but it did provide a nice, varied tease of its dynamic gameplay. I look forward to reuniting with Boomer and bringing the cult to its knees when the game lands, like a good ole boy’s Louisville Slugger, February 27th, 2018 on PS4, Xbox One, and PC.