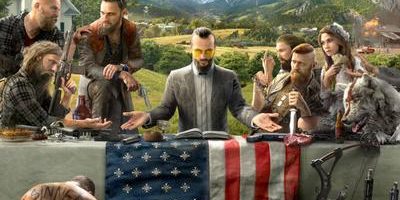 Ubisoft has announced Far Cry 5, the latest entry in its first-person shooter series, has been delayed. The game will now launch on March 27, 2018 on PlayStation 4, Xbox One, Xbox One X, and PC.

Far Cry 5 has been delayed because “the extra time will allow the team at Ubisoft Montreal to make some additional improvements that will bring the best, most ambitious Far Cry experience in line with the team’s original vision,” Ubisoft stated in a blog post.

Far Cry 5 takes place in Hope County, Montana. Players explore Montana’s rivers, lands, and skies, with customizable weapons and vehicles. Stand up to Eden’s Gate cult leader Joseph Seed and his siblings, the Heralds, and find a way to survive and bring down the cult.

In addition, The Crew 2’s release date has been delayed from March 2018 to later in the year. “We have made the difficult decision to delay the release date to between April/September 2018. While we’re excited to share the joys of Motornation with you as soon as possible, we don’t want to do so before the game is ready. This new window will allow us to deliver an experience that fulfills both our fans’ and our own quality expectations.”

“In this light, we will also use the extra time to continue running test phases and allow as many of you as possible to get hands-on with the game. Player feedback and its integration remain integral to attaining our vision, and the development team is excited by the prospect of working further with our amazing community,” said Ubisoft.