Exciting PS4 Games to Look Forward to in 2020 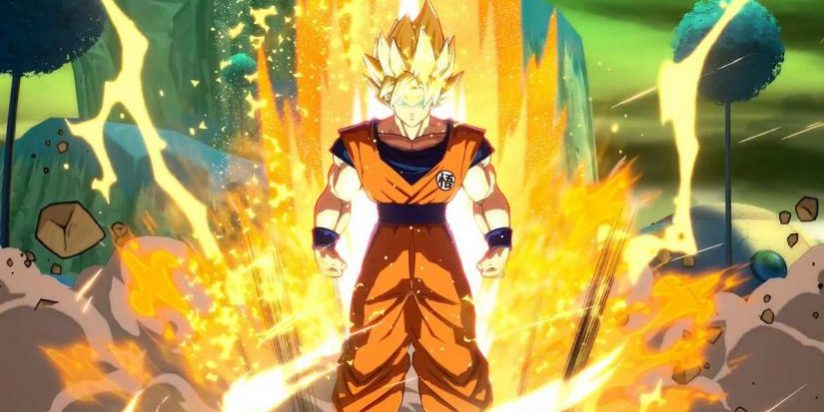 Next year promises to be a dream come true for PlayStation fans all around the world. Not only do we have PS5 coming towards the end of the year, but there is also a ton of exciting new games coming out for PS4. 2019 was definitely a good year when it comes to new releases. You have games like Death Stranding that took the world by storm with its intuitive gameplay. Call of Duty: Modern Warfare also impressed fans around the world. So, what does 2020 have in store for us in terms of exciting games? A lot!

With a release date in mid-January, Dragon Ball Z: Kakarot is one of the earliest games to be released in 2020 –– and most anticipated, too. Fans of Goku will love this game as it takes you through the emotionally charged tale of one of the greatest anime characters ever created. You can naturally expect some epic fight sequences and a lot of wild adventures, but the storyline is also clever and will engage players.

This is one for Greek mythology fans with an epic, open world adventure game, narrated by none other than the legendary author himself, Homer. The creative team behind this game is the same who created the much celebrated and admired Assassin’s Creed Odyssey, and you can expect to find the same ingenuity and gripping storyline in this one as well. Some early comparisons are claiming there are many similarities between Gods & Monsters and The Legend of Zelda: Breath of the Wild, but it’s too soon to tell, though indications show that it’s going to be quite the promising game.

Final Fantasy 7 Remake is one of the most anticipated games to be released in 2020, and it makes sense considering the game’s previous versions have been around for the better part of the past two decades. But it’s not just the namesake that the creators are banking on; some surreal action scenes make this one of the best upcoming games in 2020, and reviewers are predicting that FF7 is going to kill it once it gets released in international markets. The same intriguing characters and brilliant graphics, and much more, await with this next installment of Final Fantasy.

This is a direct sequel to Doom that came out in 2016 and amassed millions of fans around the world. But with this one, you can expect a lot more weapons and some pretty wild action sequences over a much bigger scale. Doom Eternal is basically going bigger and better with this installment, and the entire game scope is going to be on a grander level that will take players on an intense ride of the same universe they love so much.

This newer version of Watch Dogs takes place in a not so distant future world, in London to be exact, and it’s sort of dystopian. The city is under a brutal regime, and guess who is supposed to create a resistance movement and fight the fascists? It is definitely a different kind of experience that will let you indulge in your revolutionary fantasies with some very interesting gameplay –– you could literally recruit anyone you meet, so vive la résistance!

Cyberpunk 2077 is created by the same people who created arguably the most successful game series of all time, The Witcher. This is a first person RPG that is as action packed as it is story centric. It’s definitely more intense in terms of action than Witcher 3, for example, with a ton of cool features and gameplay mods that make it one of next year’s most intriguing entries.

15 years after the first installment of this game, Vampire the Masquerade: Bloodlines 2 comes with the same RPG brilliance that kept fans waiting for this long for a second installment. It has some of the most gripping storylines you can find, and it’s definitely one to look forward to in 2020.

Saving the best for last, The Last of Us 2 is probably the most anticipated game in 2020, especially after the success of the first installment some years back. This zombie post-apocalyptic game isn’t your average shoot and kill everybody in your way game, but rather a complex one with interesting characters and unique gameplay.

It is definitely a good time to have a PlayStation, and next year promises some very interesting games. So, it’s best to start saving from now, because in a few months, you’ll be overwhelmed by options to choose from.