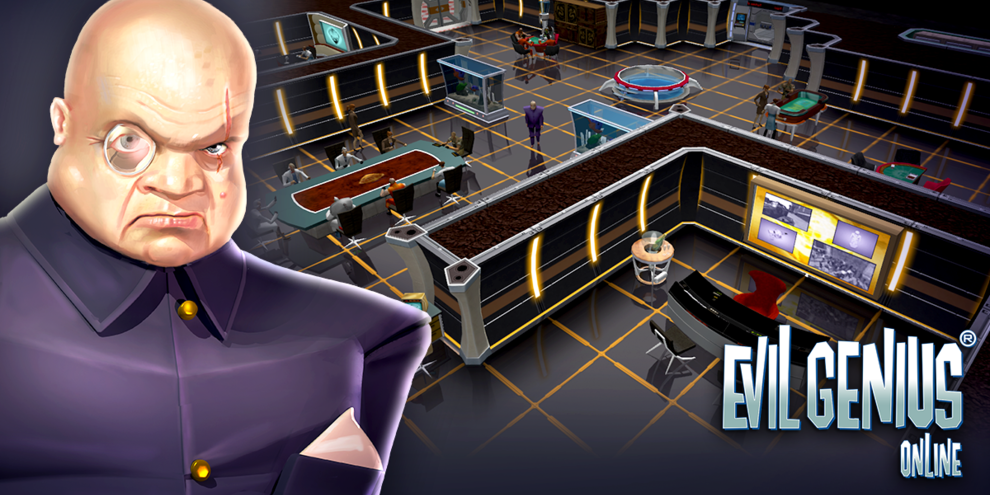 Aspiring evil-doers of the video game universe, rejoice! Thirteen years after the release of popular strategy game Evil Genius, we’re finally getting a sequel (for reals this time) in which players can take over the world in the safe, legal confines of the PC gaming universe.

The original Evil Genius was a PC real-time strategy simulator in the vein of the classic spy thriller genre, in which the player took up the role of a, you guessed it, evil genius tasked with taking over the world. By building secret lairs, controlling henchmen, and committing various “Acts of Infamy,” players can build up their notoriety, fight off the forces of good that threaten their schemes, and achieve the ultimate villain goal of world domination.

With the closure of original developer Elixir Studios in 2004, the sequel to the strategy sim seemed little more than a concept floating around in development hell. Current developer Rebellion, the studio responsible for bringing the sequel into production, had picked up the original game’s IP over eight years ago, with the intention of crowdsourcing the funds needed to build the sequel. But luckily, the studio’s other successes, including the Sniper Elite series, meant that crowdsourcing funds was no longer necessary, although it did mean a delay getting the sequel into production.

Rebellion promises a bona fide sequel, not a remaster of the original. The current focus is on a PC release, but they don’t discount the possibility of releasing on other platforms. But don’t start plotting out your evil schemes just yet – development is still in an incredibly early stage, and Evil Genius will be the first real-time strategy game built on Rebellion’s Asura engine. But production has, at least, officially begun, so would-be world conquerors can at least start some brainstorming on some potential Doomday Devices.

Check out Rebellion’s E3 interview and their announcement for the sequel below.