eSports Gaming: Can Sports Titles and Events Rival the Classics? 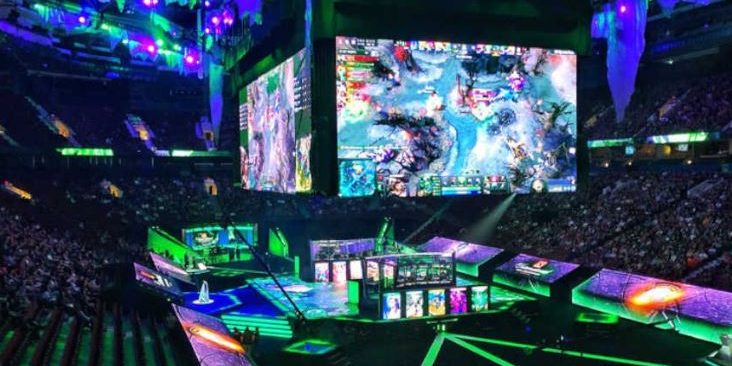 Madden NFL 21, FIFA 21, and NBA 2K21 were ranked among the best-selling games in 2020. Few would dispute that sports games don’t make up a sizable portion of the gaming industry, but the genre has failed to achieve eSports popularity on par with other genres.

The competitive gaming market is currently dominated by first-person shooters, MMOs (massively multiplayer online games), and strategic battle arena games. Among the top market leaders in the industry are Betway88, which is home to some of the leading classic games. With a well-established online casino, there are betting opportunities for real events as well. But does that mean sports titles have a long way before they can truly rival the originals? Let’s find out.

Classic eSports titles – What are they?

Dota 2 is the most lucrative eSports game in terms of overall prize money. The Valve Corporation’s production has created a total prize pool of £164 million since its release in 2013. The International, the title’s premier eSports event, is instrumental in raising funds. The prize pool for the 2019 event was more than £25 million, making it the single-largest prize pool in professional gaming history.

Another eSports classic, League of Legends, led the way in terms of viewership in 2020. According to Dot Esports, the famous tournament surpassed previous records by accumulating 139 million hours of viewing time from start to finish in 2020. Last year’s League of Legends World Championship attracted 3.9 million viewers at its peak.

Dota 2 and League of Legends are the most popular eSports betting titles due to their success. Competitive gamers will explore different markets relating to their favorite games at Betway88 and other leading brands. In terms of Valve Corporation’s growth, the operator provides in-play and outright markets for live events and upcoming competitions like Dota2: i-League. This demonstrates a step towards establishing the competitions as legitimate sports in and of themselves.

Electronic Arts’ FIFA franchise is the most successful eSports game in the sports genre, according to Esports Earnings. FIFA 19 is, however, ranked 31st in terms of sales. While Dota 2 has an all-time prize pool of £164 million and League of Legends has an all-time prize pool of £80 million, EA’s best-performing eSports game (FIFA 19) has amassed £2.3 million. In FIFA’s defense, the series’ annual release schedule hinders eSports success. In contrast, Dota 2 has had eight years to build up its prize pool. The NBA 2K franchise suffers from the same fate, with the 2018 entry ranked 72nd all-time in the prize pool rankings.

Sports games are making strides in the competitive gaming market, despite their struggles to create large prize pools. In 2020, EA’s one-day challenge tournament drew an average of 254,057 viewers and a total of just over one million hours of viewing time. This makes it the most-watched eSports broadcast ever produced by EA.

Despite the fact that FIFA leads the consumer gaming sales charts, market rivalries can stymie the genre’s overall success. Although there are many MMOs available, only a few can compare to Dota 2 and League of Legends. FIFA, on the other hand, has to deal with Pro Evolution Soccer.

There’s no guarantee that FIFA or NBA 2K will ever equal the popularity of Dota and League of Legends. Although their annual approach to game launches ensures that players have access to the most up-to-date content with Betway88, it may not be the best strategy for creating an eSports brand. However, for sports titles, this is an insurmountable obstacle.