Will All Entertainment Be Mobile-Based in the Future? 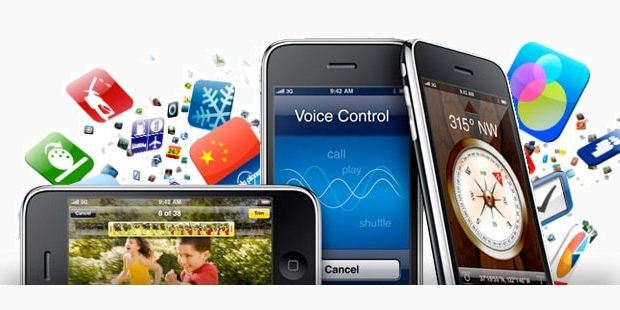 The entertainment industry tends to move quicker than most, embracing technological change and completely disrupting how we perceive reality almost overnight. Only a few decades ago, people were predicting that color films would never take off, perhaps the same people that had predicted even earlier on that silent films were here to stay.

Likewise, few would have predicted that, just a few years after the release of the commercial radio, over half of all American households would be using one as their primary form of entertainment. In more recent years, we see how streaming services like Netflix and Spotify have completely disrupted and altered the face of entertainment as we know it. So, what’s the next big entertainment evolution?

The way current trends are going, it looks like the next evolution will be a handheld one. All forms of entertainment are increasingly shifting towards mobile, suggesting that, in a few year’s time, we’ll get all of our entertainment via our phones.

Let’s take a look at different sectors of the industry, to see if the future really is mobile.

It took several decades for television to displace the movie theatre as the primary medium for viewing. The next revolution came almost half a century later when streaming platforms like Netflix crashed onto the scene. The next revolution has been much more dramatic; up from a tiny fraction just a decade ago, a total of 75% of all worldwide video viewing now happens on mobile devices.

Similarly, while music streaming on mobile barely existed just ten years ago, as of 2018, a total of 60% of all music listening is done on a mobile device. This is completely unprecedented in the history of mass technology and suggests that our recreational habits have completely changed almost overnight.

Even the undeniably physical world of sports has been disrupted by the advent of smartphone technology. While the latest football matches, horse races, and cricket games will always be taking place in a physical location if you can stump up the cost of a ticket, most of the viewing and betting action now takes places over the internet.

The proliferation of hugely popular sports apps like the app from William Hill have helped move the world of sports entertainment away from stadiums and bookies and into people’s pockets. Similarly, viewing of live football matches is now occurring on mobile apps over TVs at an increasing rate, although it hasn’t overtaken it just yet.

There’s no denying that console gaming remains just as popular and profitable as ever, with several recent releases managing to gross over a billion dollars in sales, something that was unthinkable a decade ago. However, there is a quiet revolution happening in terms of market share.

This year marked a major milestone, with over half of all gaming revenues coming from mobile games for the first time in history. This would suggest that console and PC gaming companies ought not to get complacent, no matter how well they’re doing.

The mobile revolution might just seem like a given, but it’s a development that will have profound implications on society and how we socialize. Whether or not that’s a good thing is up to you to decide.