Elon Musk Continues to Cause Havoc With Bitcoin 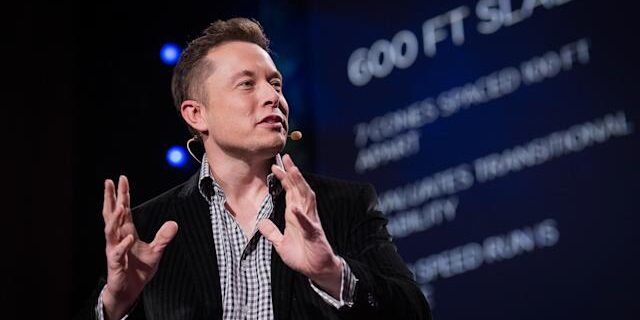 Once again tweets from Elon Musk have caused Bitcoin’s price to slide. The billionaire tech CEO can’t help himself, just as BTC was threatening to break past $40,000 he sends out a meme that panics the crypto market. Due to the amount of leverage in the system, it doesn’t take much news to move the price and Elon knows this yet doesn’t care.

Bitcoin investors are furious with Musk and are becoming tired of his antics. The tweet suggests Elon’s relationship with Bitcoin is over and that Tesla has sold their holdings. As a result Bitcoin fell 6%, Ethereum fell 7% and his beloved Doge dropped 8%. BTC reached a low of roughly $35,600 today and is now fighting to move back into the high 30’s. Despite the dip, Bitcoin maximalists are using this as an opportunity to buy more at a discounted price and plan to hold long term.

Apart from trading Bitcoin on exchanges you can also play bitcasino.io roulette online. They offer a wide range of roulette games to pick from and you’re sure to find a game that will suit your preferences. Try games out for free at the start by selecting the “fun mode” option!

Will the SEC Get Involved?

Elon’s use of social media has skyrocketed (pun intended) during lockdown and seems to have a lot of free time on his hands despite running multiple companies. It’s safe to stay the SEC are watching Elon’s online activity as he could have violated their settlement agreement from 2019. Musk is required to have an attorney approve any Tesla-related tweets that contain material company information. The SEC could revise their agreement to include Bitcoin to make a statement.

Elon started off as the hero of Bitcoin when he announced Tesla had invested $1 billion into the cryptocurrency but things have turned sour. The Bitcoin community has come down hard on Elon since he started spreading FUD around Bitcoin’s energy consumption.

Thefatbitcoin2 posted a photo of Musk with Ghislaine Maxwell that has been widely shared online. For obvious reasons the image hasn’t aged well and Elon has publicly denied knowing Maxwell, it’s just an innocent photo taken at a party.

Remember when Tesla was cool?