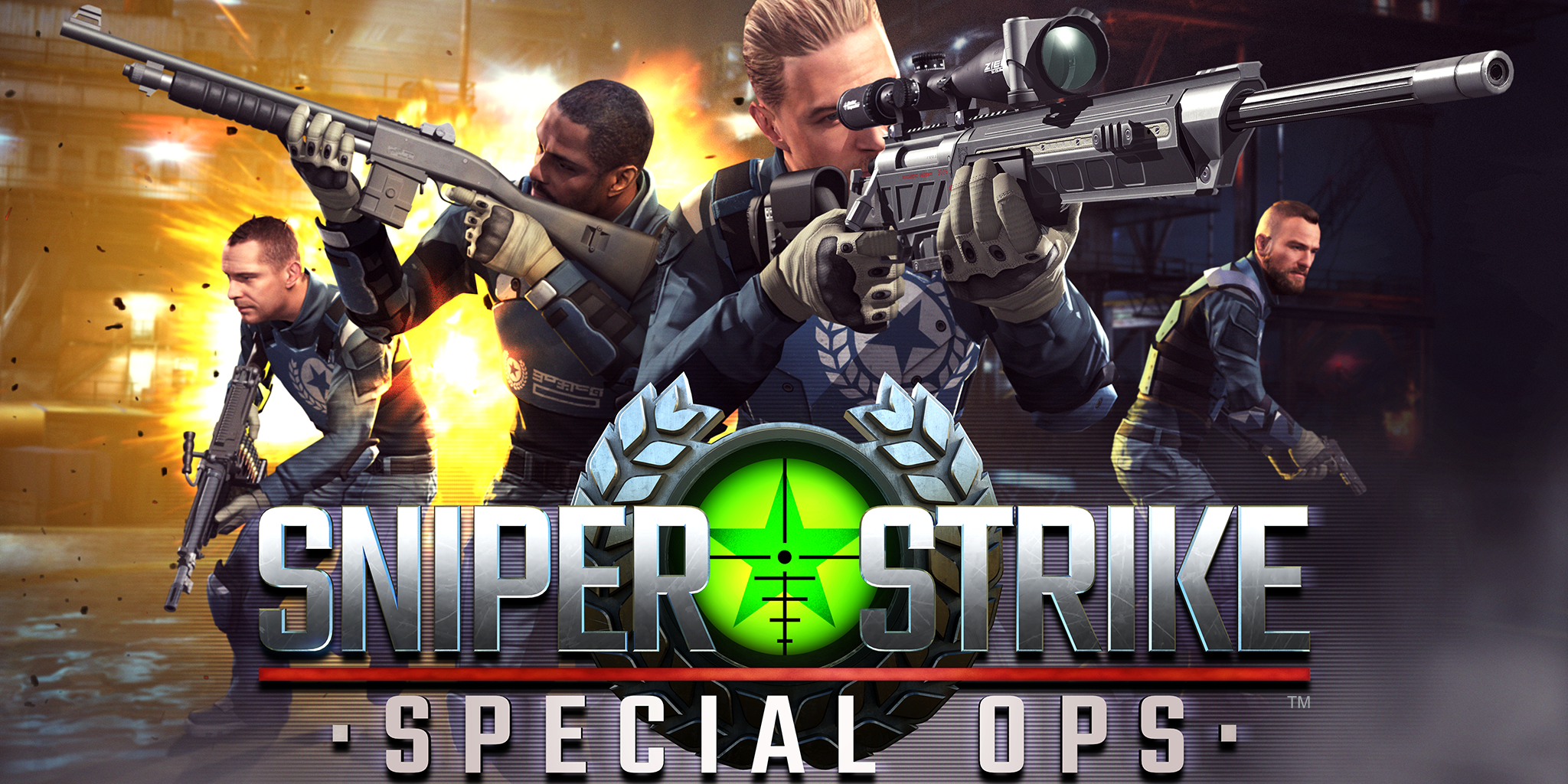 Eight Pixels Square co-owner Hugh Binns chats with Techie+Gamers about the inspiration behind the development of Sniper Strike: Special Ops, AI driven enemies, and his favorite weapons to use in this shooter for iOS and Android.

TG: What inspired the development of Sniper Strike: Special Ops?
EPS: Our team at EightPixelsSquare has a long-standing history in console development, and we’ve been fortunate in helping to create some of the biggest shooters on console. We’re all huge FPS fans, and given our past experience, the game was a natural – and really exciting – fit for the studio. With Sniper Strike we wanted to redefine the shooter experience on mobile by building a visceral, fun experience that blows everything else out of the water.

TG: What was the most challenging part about making Sniper Strike: Special Ops? How long did it take to make the game?
EPS: Sniper Strike was in development for a little over a year before worldwide release, and we’re still hard at work on the game now as we prepare our first major update.

With Sniper Strike we set out to create the first AAA quality shooter for mobile, and coming from a console background, we wanted to give players the look – and feel – of a big budget combat game that you can take anywhere. This was the most challenging aspect of developing the game but also the most rewarding, and the initial reception for the game has blown us away! We’re extremely eager to keep adding big new features for the players, and 2018 will be a jam-packed year for Sniper Strike!

TG: Major difference when you develop the game for iOS and Android?
EPS: There are a lot more Android devices, so that can make testing more complicated. We spend a lot of time and effort trying to make the best player experience possible for both iOS and Android players. Fortunately, both Apple and Google provide some good tools to help us do that.

TG: Do you have any personal experience being in the military?
EPS: We have the upmost respect for our military forces, but none of the dev team are veterans. Whilst the game has strong military themes, we were also keen to create a more fantastical and exaggerated experience with huge action set-pieces, so we definitely favor grin-inducing action (and plenty of explosions!) over pure simulation. That said, we’ve worked hard to make Sniper Strike an immersive and visually astounding game where you’ll really feel like a key member of Strike Force as you play through the (ever-expanding) campaign.

TG: Can you tell us more about the AI driven enemies?
EPS: In Sniper Strike’s Campaign mode, the buddies and enemies are a key pillar of the experience. Whilst shooting an awesome gun is great fun in its own right, outwitting a formidable foe and taking them down with a precision shot is where the game becomes an experience unlike anything else on mobile. We wanted each enemy to feel lively and unique, and to achieve this we developed a really versatile AI that could be used for both intense sniping and large action set pieces. With such a big campaign mode, variety is a big part of our enemy design, from standard soldiers through to melee specialists, heavily armored tanks, rocketeers, and many more coming soon, we really wanted to make each level a unique challenge. At the same time, we also want to push the bar on mobile by making our enemies do tons of cool stuff: abseil [rappel] in from helicopters, drive and attack in vehicles, kick open doors…. and that’s not to mention the Elite Order bosses you’ll take on!

TG: What are your favorite weapons in Sniper Strike: Special Ops?
EPS: Whilst each member of the dev team has a personal favorite, we can never agree on a single gun! Whether it’s the Hellhound machine gun, the deadly Widowmaker pistol, or the Armamax Pro rifle, weapon variety is something we’re really excited about in Sniper Strike. No matter what mood you’re in or what your play style is, if you like visceral, great looking weapons, then we’ve got your back. If you had to pin us down to a single gun right now though, the Enforcer-Max shotgun sure packs an incredible punch (and looks great during the slow-motion kill camera!).

TG: What made you want to create three different gameplay modes? What is your favorite mode?
EPS: We’ve always envisioned Sniper Strike as the complete shooter experience, and were keen to provide players with everything they could want from an FPS: from league-based competitive PVP to a compelling story-driven campaign. In the office, we love to hop between game modes to keep things fresh, and we’re excited to see players doing the same as they drop into a sniper duel or have a blast in Arena mode between campaign missions in order to earn more rewards. Whether you have 2 minutes or 2 hours to play, we’ve designed the game modes in Sniper Strike so that there is always something fun to engage with, no matter how you feel like playing.

TG: What tips do you have for someone who is playing the game for the first time?
EPS: For new players, we’d recommend getting stuck straight in to the campaign! As you learn the ropes, you’ll open up new weapon types and game modes, as well as get some great early rewards that will help you get off to the best possible start. From there, we’d recommend trying out the different game modes and trying your hand at PVP. Discover how you like to play, and you’ll be an elite soldier in no time!

TG: What are some of your favorite combat games in general? (iOS, Android, Consoles)
EPS: As a dev team we love shooting games from all eras and consoles – and it’s our hope that this comes across when you play Sniper Strike. The team have fond memories of the likes of Modern Warfare, Battlefield and Counter-Strike, and it’s our hope that Sniper Strike can feel just as good to play on mobile as these games feel to play on console and PC.

TG: How many downloads does the game have since its release?
EPS: It’s over 1 million and increasing daily.

TG: Do you plan on making games available for Facebook?
EPS: We haven’t released anything on Facebook from Eight Pixels Square. We enjoy playing Instant Games and are tracking those closely.

TG: How much would you say it costs a player to build their ideal commander?
EPS: As a mobile free-to-play game, building your sniper can be as much about time as the cost. It is possible for a player to progress through the game without paying anything at all.

Sniper Strike: Special Ops is available to download on the App Store and Google Play.