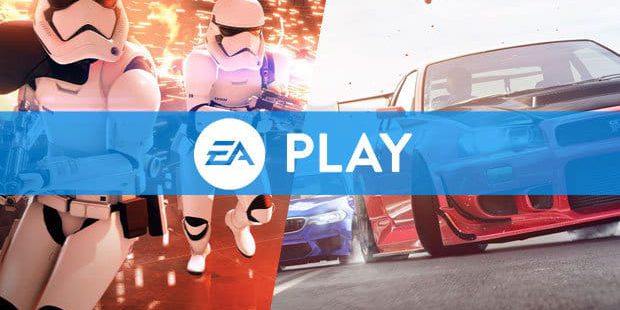 If you didn’t have the chance to catch EA’s press conference, we’ve rounded up all of the news from EA Play at E3 2017. Here’s all of the news you need to know about Star Wars: Battlefront II, BioWare’s new IP, and Need for Speed: Payback.

During its EA Play press conference, EA released a new trailer for Madden 18, featuring a new mode titled “Longshot.” In the trailer you get to witness a football player who dreams of making it to the NFL, but is having some challenges along the way.Thanks to a character played by House of Cards actor Mahershala Ali, you’ll get to make your way to the top. College football is included in the Longshot Mode, as the trailer featured two teams, Oregon and Texas.

EA also revealed the first trailer for BioWare’s new IP, named Anthem. “Explore a landscape of primeval beauty, confront the dangers you find, and grow in power with every step,” the description of Anthem reads on YouTube. The first gameplay demo is expected to be shown during Microsoft’s Xbox E3 2017 briefing on June 11. Anthem‘s official release date hasn’t been announced, but the game will be available for PlayStation 4, Xbox One, and PC.

Battlefield 1 developers showed off new content that will be available later this month. Eight new maps will be released, including six that are coming to the Tsar expansion. Nighttime maps will also be available this month, including Nivelle Nights (June) and Prise de Tahure (July). In addition, female soldiers will be added in the multiplayer series.

EA released an official gameplay trailer for Star Wars Battlefront 2 on YouTube. “With Star Wars Battlefront II, we’ve really taken feedback from our players to heart, and you see that in the base game, which has so much more content than the first game – a new authentic single player campaign, epic multiplayer, starfighter battles, and solo or co-op PvE on console – a huge game across all eras of the Star Wars films,” said Matt Webster, Executive Producer on Star Wars Battlefront II in a press release.  Star Wars fans will get to play as Luke Skywalker, Kylo Ren, and amongst other favorite characters.

Next, EA debuted new gameplay footage for Need For Speed: Payback, showing off a mission called “The Highway Heist.” The trailer description says, “The crew (Tyler, Jess, and Mac) have learned that The House are transporting a car equipped with a new piece of technology that may be a key component in bringing them down. This calls for one thing: acquire the car, get hold of the tech, and dent The House’s plans. The Highway Heist is one of the set piece moments that takes place within Need for Speed: Payback‘s single-player campaign which follows the story of Tyler, Jess and Mac as they set out to bring down The House.”