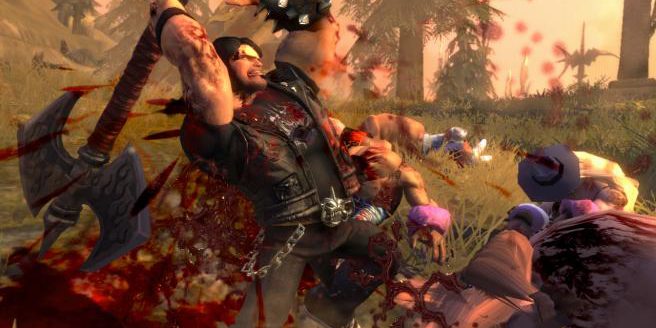 It’s been more than five years since the release of Brutal Legend — the action-adventure game from Double Fine that starred Jack Black. But since its 2009 release on the PlayStation 3 and Xbox 360, fans have been clamoring for a Brutal Legend 2.

Well, there’s good news and bad news. During an appearance at E3 2017, Tim Schafer of Double Fine confirmed a Brutal Legend sequel would happen but didn’t say when fans can expect it. During a Q&A with Black, the first question Schafer received was about a sequel to the game.

After apologizing for giving the impression that a panel featuring Black would lead to a Brutal Legend 2 announcement, Schafer said, “Someday we’ll make that game,” but added that it’s an “expensive” game to create.

Published by Electronic Arts, the original game cost close to $25 million to develop, but remains Double Fine’s best-selling game ever. Unfortunately, Schafer has commented on the high price tag for a sequel before.

In 2014, Schafer told GameSpot that raising money for the game could be “tricky.” He said, “I love that world, and I would love to go back there. And I think [Jack Black] might be up for it, too.” Schafer also spoke about DLC and said he would love to go that route as well.

“I would love to go back to that world or even just do a DLC pack…we’re always trying to get Lionwhyte in there; a playable Lionwhyte army,” he said. “Maybe that would happen someday. I would definitely love to do that.”