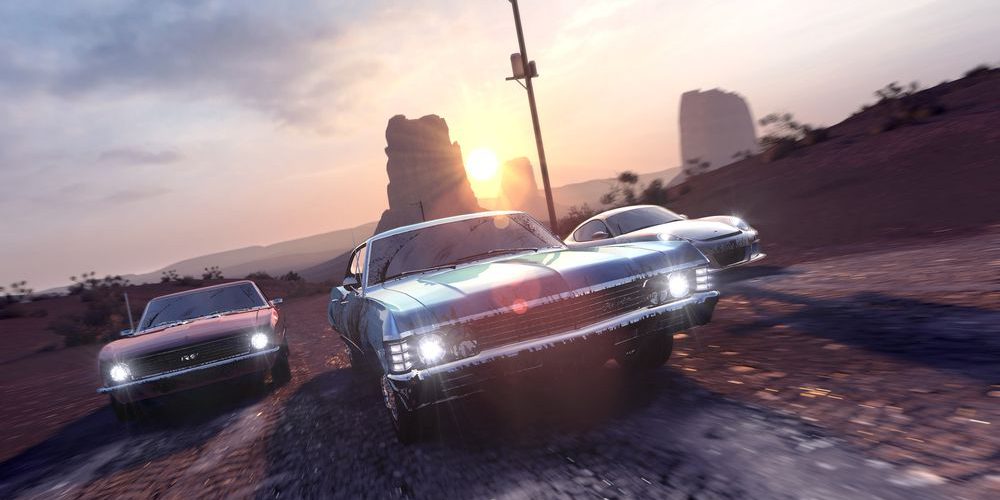 Announced earlier this year, Ubisoft revealed a new trailer for its upcoming open-world racer, The Crew 2, during its E3 2017 presentation. A sequel to the 2014 game, the newest entry promises even more action with off-road racing that features rally cars, dirt bikes, and monster trucks.

The trailer also features scenes that include race track racing, light airplanes, and even speedboats. The video ends with an “early 2018” release date and states fans can sign up for The Crew 2 beta. “Sign up for beta now for a chance to dominate the open world of the USA by land, sea, and air,” read a tweet from the game’s Twitter account. To sign up for the beta, head here.

The Crew 2’s Twitter account had previously teased in May that the game would include motor sports besides street racing. “Beyond the road… stay with us for more high-octane thrills,” the account tweeted.

Following the release of the original Crew game, Ubisoft released an expansion called The Crew: Wild Run. The expansion added new vehicles to the game and according to Ubisoft, was the next logical step for the series.

“To us, The Crew was always meant to be a game that would grow over time and with its community, so the release of this expansion definitely fits our vision,” game director Stephane Beley told Red Bull. “After releasing The Crew, many people in the team were enthusiastic to take advantage of our huge diverse playground, to deliver a crazier driving experience.”

An extended reveal for the game was also released, which includes in-depth looks at the all of the new forms of racing. The speedboat races include races in New York City’s Hudson River, plus offshore racing. The game also promises to allow you to fly across The Crew 2’s version of the United States. And similar to Ubisoft’s Steep, the game will allow you to instantly switch between ground, water, and air vehicles. The Crew 2 will be available on the Xbox One, PlayStation 4, and PC.