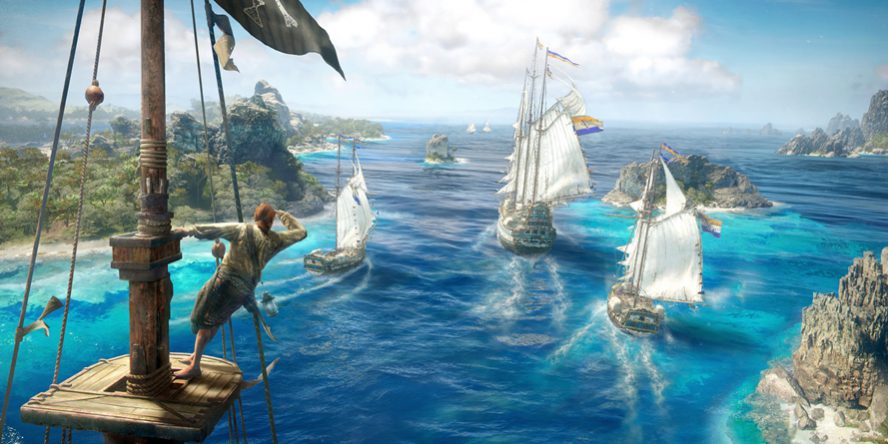 While interest in the Pirates of the Caribbean movies largely fail to capture people’s excitement these days, Ubisoft is banking on that not being indicative of a general fatigue about pirates. The publisher is also betting on gamers being interested in living the pirate life, as it has announced a new game called Skull & Bones that will take players onto the high seas.

The game takes place during the “Golden Age of Piracy,” and players will create their own pirate captains and lead their crew around the Indian Ocean, looking for treasure and ships to plunder. You will also be able to join together with friends to form pirate gangs in what Ubisoft is describing as a “shared open-ocean” world. There’s also a lot of talk about an “innovative wind system,” which is probably the most interesting wind has ever been in a video game.

Though the general romanticism attached to pirates is kind of weird, they were morally bankrupt murderers by and large after all, any pearl clutching about Skull & Bones would be just as banal as when people got up in arms over the Grand Theft Auto games. Nobody is going to play this game and then hop on a boat to plunder the Indian Ocean. It seems like it could be pretty cool, and it will be quite intriguing to see the world of the game in action.

Skull & Bones will be released in the fall of 2018 for the PlayStation 4, the PC, and Xbox One, with enhancements for PS4 Pro and Xbox One X.