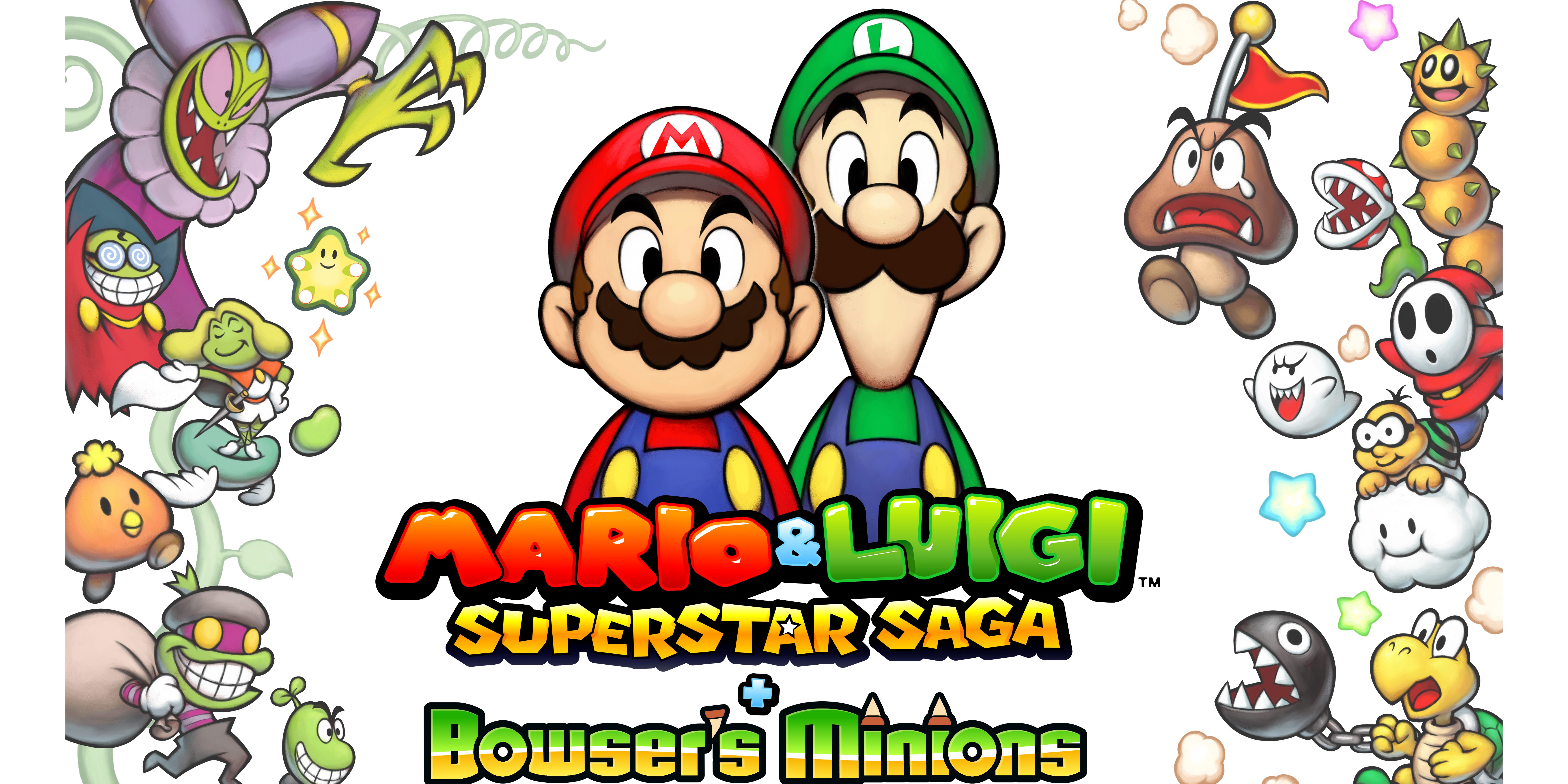 Nintendo’s iconic duo is returning to the 3DS with the game that launched the Mario & Luigi RPG series, in the updated Mario & Luigi: Superstar Saga.

Nintendo’s Treehouse Livestream gave us a firsthand look at the upgraded classic fans remember from 2003. When the witch Cackletta and her assistant Fawful steal Princess Peach’s voice, it’s up to Mario and Luigi to venture to the Beanbean Kingdom to retrieve it. They find a brief and very unlikely ally in old nemesis Bowser, who resolves the kidnap the princess after recovering her voice. The trio is quickly separated, with Mario and Luigi continuing their quest. What Bowser was up to in the meantime was once a mystery. But the enhanced port, due out later this year, brings in an additional storyline and mode, “Minion Quest: The Search for Bowser.”

The released trailer and inside info from Nintendo reveals that the game’s original plot and artwork remains largely intact, with a few improvements for the 3DS. The game’s spritely style remains as the original, but with improved 3D lighting and animation. The main storyline retains much of the original’s gameplay, with Mario and Luigi using Bros. Moves and Bros. Attacks to solve puzzles and dole out serious damage. Battles focus on discovering enemy patterns and using precisely timed reactions for maximum effect.

Meanwhile, the Minion Quest storyline will take place behind the scenes of the main story. The mode is a full-length experience of its own, with more tactical style gameplay. Players will take up the role of Captain Goomba, and team up with familiar bad guys Shyguy, Boo, and the Goombas, create a Minion army to take on enemy battalions, and find the missing Bowser.

The game also features Amiibo functions with both the existing Boo figures and the newly announced Koopa Troopa and Goomba figures, all of which will have read/write compatibility. Mario & Luigi: Superstar Saga + Bowser’s Minions is slated for a tentative release on October 6, 2017.